Qualified to be a VO Coach? 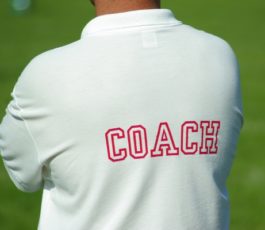 The estimate that only 5% of voice actors are truly supporting themselves and their families with strictly voiceover work is probably close to correct. (remember, 47.93% of all numbers quoted online are made-up).

Whatever the number (almost impossible to discern), it’s disappointingly low.  The “haves” are making 6 figures… pulling in as much as $300-500 thousand (or more)/yr.

The majority of the “have nots” are making anywhere from a few hundred dollars all the way up to $70-80 thousand/yr.  Apparently there is no middle-class in voice-over.

Terming it “haves” and “have-nots”  is actually not a fair representation.  “Full-time” and “part-time” is not right either.  Labels fail.  I think you get my drift.  Those on the lower compensation end of the spectrum are having to depend on other work besides VO to pay the bills, and those at the top end of the compensation grid are making it purely on VO work.

Is it not always thus among creatives?

My daughter pursued her dancing dream in NYC for at least four years.  It never paid the rent, not really. She’s had a handful of other traditional jobs to make ends meet, but is only truly satisfied in doing the dance.  I suspect that’s why many people continue doing VO; because it’s just so darned satisfying to their soul.

What amazes me is the amount of people in the middle-to-low end of the pay spectrum who are supplementing their VO work with VO coaching…because they have to make ends meet.  [People like Bob Bergen don’t really have to…but coach because they love it.  Bill DeWees is making 6 figures, so I can only assume he’s coaching because he loves it, too.]

I’m not judging.  Some of those middle-to-low pay spectrum voice actors probably love coaching too.  But would they be doing that if it wasn’t a convenient (maybe too convenient) way to supplement a failing VO career? Why not just work harder at doing the voiceover work, and not be FORCED TO OR RESORT TO coaching?

Wouldn’t working at being a coach just increasingly draw you away from the talent work?  If you’re not making enough money to support yourself as a voice-actor, can you legitimately COACH voice-acting?  Wouldn’t coaching newbies just make the field of competition even more crowded for you as a talent?

Top AudioBook narrator Johnny Heller wrote just the other day in his blog lamenting that some audiobook narrators with 10 books under their belt are turning to coaching, and holding webinars (shakes head).  10 books is just a start…not a coaching certificate.

So which would you rather do?

I keep coming back to this question, ’cause I can’t remember a time when I’ve been so inundated with requests for how to get started in VO.  There’s always an ebb and flow to it… but lately it’s been a flood.

I guess it comes back to finding your own way through all this.  If I was as gifted as Pat Fraley, I’d never coach another day in my life.  But he LOVES coaching.  Me?  I just wanna be a full time VO talent.

I’d feel like a charlatain to coach.  I have no qualifications.  Only experience.   Why coach when I can mentor?  That’s safe.  Mentoring takes no money, makes no promises, requires a minimum amount of time, fulfills a big need, and is its own reward.

So do you wanna coach or do you wanna be a full-time VO talent?  Those jobs are not mutually exclusive, but only 93.65% of voice actors can legitimately claim to do both well.

[this blog published about a year ago…but is more relevant now than ever.  Our business is inundated with “coaches”, and it’s making the whole profession cheap and sordid IMHO]

In the previous post, esteemed colleague Marc Scott wrote in response:
“…Daily I receive emails from talent who have been taken by another predatory coach. Hundreds or thousands of dollars invested with little or no ROI, simply because the course content was crap. It’s so frustrating to me. I feel bad for people who have a voice over dream, like I did, and are trying to find a way to make it a reality. Then someone takes advantage of them.

If the voice over industry is going to thrive and grow, personally, I think successful talent have a responsibility to new talent to teach them the right way to do business so they can become successful talent themselves and better the industry as a whole. Otherwise where do we end up? A bunch of clueless wannabes selling themselves on Fiverr? Then none of us can earn a living!

As with any industry, I suppose, there will always be people who are genuine and people looking for fast and easy money…”