The Value of Common Sense 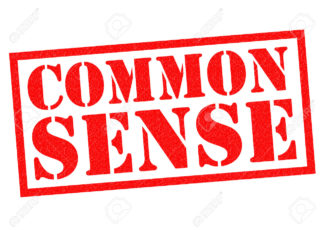 (Sorry, but you gotta read through this whole diatribe to get to the voice over lesson here…bear with me?)

This Winter, as in all seasons past, there will be natural calamities, and dangerous conditions…and there will be human casualties.

In Las Vegas, a young student hits another student at school, and his friends were taking video, which they then posted online.

The common thread?   No Common Sense.

I know it sounds harsh, but bad weather by itself and taking video by itself are not stupid things.  How people handle those situations can be incredibly naíve.  Again, I’m not criticizing, nor making light of tragic situations.  All I am saying is use common sense.

But…ah…you know?…even that doesn’t work sometimes.  We joke in the newsroom when cops give us an on-camera comment asking citizens to “…just use common sense…”  Apparently a solid majority of citizens don’t have common sense.

In the winter it rains in Las Vegas.  There is localized flooding.  Typically there’s a huge media blitz beforehand, imploring people not drive through rushing water.  You’d have to live under a rock not to be exposed to this message. Yet, year in and year out, people blithely drive through rivers of rainwater.  Again the weather doesn’t cause the threat to life, people’s handling of the weather conditions…does.

When the video of the kid hitting his classmate hit the internet, it went viral.  Two of those young attackers went to jail.  Their mistake?
1) attacking the classmate
2) putting video of it online (what were they thinking?)

OK, now here’s the message(s) for voice actors in all this rambling:
1)  Common sense takes work…and sometimes research…but then you hafta actually use it!
2)  Anything you put online has an infinite shelf-life, and global exposure.
3)  Think twice before posting just about anything. (I actually hesitated two years before publishing this blog, because I worried about it being inappropriate.  Maybe it is.)
4)  If in doubt, wait 24 hours.  If you then still feel compelled to post something, do so at your own risk (see 2 & 3).
5)  Two-dimensional flat-screens and emoticons are amazing tools, but for sensitive matters, a phone call is much better.
6. You can’t become an overnight success in anything – much less voice-acting – by taking a weekend workshop and emerging with a demo reel.
7.  No man or woman is an island. Relationships matter…treat them with respect.

Now, for those of you who wish (caution: violence!), below is the video of the kid beating up on a classmate, shot by the attackers’ friends.