Reflections on the SAG-AFTRA Strike 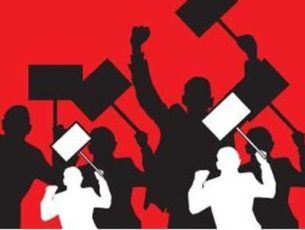 For voice-actors already passionately taking sides for Trump or Clinton, now there’s even more reason to be polarized.

Can this year just be over?

World-Voices Organization is made up of a mixture of union and non-union voice actors.  WoVO has stated over and over that we are “union agnostic”. We have to be.  More than a few of our members are not even US citizens.  They could probably care less about this brouhaha, although I have not taken a poll.

Over the weekend — after much deliberation and open discussion, the board of directors of WoVO made this statement on the SAG-AFTRA strike against the video game companies, constituting the totality of our stance:

WoVO fully supports its SAG-AFTRA members during the current Interactive negotiations. We completely understand that WoVO’s union members must comply with mandates from the SAG-AFTRA leadership. We would ask that our non-union members make themselves aware of the issues under discussion and act as their conscience dictates. The benefits and safeguards obtained by the union have a beneficial effect on the entire voice industry.

Predictably, some immediately challenged this position.

Let me take off my hat as WoVO’s President of the board of directors, and put on my St. Louis Cardinals baseball cap as Joe-blow voice-actor with just a few observations.  I realize it’s not fair to separate the two “Daves”…but what I’m about to say is not the official WoVO position.  I have opinions as an individual, and I only have one vote on the board.  So what I say really doesn’t count much anyway.

And besides, nearly EVERY significant issue revolving around ANY union policy has vehement supporters and detractors.  Like the current election season, any organized labor movement inevitably calls up political allegiances.  Mirroring 2016 Democrats and Republicans, I have found it practically impossible to reconcile the rancor on either side of any issue surrounding SAG-AFTRA.

#1  Union mistakes going back decades have left a trail of enemies.  I’m not saying they weren’t honest mistakes, or inevitable corporate mistakes, but along the way, some people got stepped on (or mis-stepped on), and there are hundreds (thousands?) of people with the memory of an elephant (2000 Commercials strike for example).

#2 SAG-AFTRA  has been a friend-in-name-only to most voice-actors outside of LA and NYC.  Yes, a rising tide raises all boats, but the union has been distinctly bereft of presenting any compelling reason to join if you live in any of the 48 “flyover” states.  That leaves a what-have-you-done-for-me mentality, and promulgates indifference to the current stand-off.

#3  The internet changed our business 10-15 years ago.  The Video Game industry is but one example of that trend, and SAG-AFTRA is just now waking up to this?  OK, better late than never…I understand, but has that boat already sailed?  To little, too late?

#5  There’s more than a few voice-actors in the flyover states who believe LA is a world unto itself…WANTS to be a world unto itself, and perhaps SHOULD BE a world unto itself.  Maybe y’all are the vanguard, and we’re just a bunch of hicks,  I dunno.  But I can’t get even a passing glance as a video game voice actor here in Las Vegas, because THAT industry mostly insists that those involved in the production of video games BE THERE.  That makes it hard for anyone outside LA to even relate.  Sorry, but it’s true.

#6 Let’s look at the numbers.  How many of the total universe of voice-actors (an unknown number reaching into the thousands), actually make their living on video-game projects?  Wanna hazard a guess?  I will: five percent.  For them, we’re going to turn the VO world upside down?  You’d have to really swallow the organized labor propaganda — the one for all and all for one — mentality to get on board.  But remember, voice-actors — for better or worse — are individual freelancers, accustomed to going it alone.  No, it’s not fair.  Yes, we get eaten up by the marketplace sometimes.  But what has the union REALLY done for the other 95%?  From my standpoint:  precious little.

#7  Now… about “scabs”…. crappy word for replacement workers.  This strike FINALLY gives Frank, or Linda, or Jimmy in Wilmington, NC, or Abilene, TX, or Bend, OR a chance to grab one of those really cool jobs voicing video games.  $825 sounds pretty good.  Can you really blame them?  Remember, the union has failed to provide a compelling reason to join, and some people find the idea of organized labor particularly distasteful in the first place.  Why should they honor the strike?

#8  Voice actors are not, and can not be of one mindset on all things. This has been proven true time and again on all sorts of topics.  Our differences (as they say) are what makes the world go ’round, and reflects the tenor of the world at large.

#9 The very notion of a “strike” is antiquated, unnecessarily divisive, and reminds me of Jimmy Hoffa and rancorous/raucous United Auto Workers standoffs.  If the union was REALLY upset, they oughta hire the Russians to hit Electronic Arts and Disney with a DDOS attack. (OK, that was snarky…I’m sorry)

To top it off…let me say that I am a SAG-AFTRA member (and not because I’m a news broadcaster — I joined as a voice-actor).  Will I honor the strike?  Yes.  But I guarantee you, I won’t even get the chance.

I’ll just be over here auditioning, doing my commercials, some eLearning, corporate, explainer-video, webcasts.  I’m NOT moving to LA (been there, done that), but I support those who DO live there, and DO make a living on video games, and DESERVE better pay, better hours, more respect, and residuals.

For those of you embroiled in the strike for what you perceive are all the right reasons.  Bravo!

Just don’t believe for a second everyone feels your pain, or SHOULD support the strike just because you do.  The world doesn’t work that way.