A Disturbance in the Force 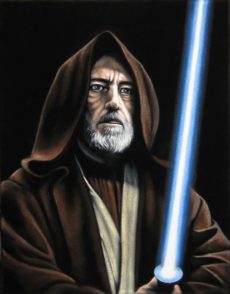 Time and time again I’ve been on the receiving end of voice-over largess and beneficence.  In other words, plenty of people have helped me out along the way; sincere, well-meaning people.

In fact, among the many creative freelance professions, voice-actors have a reputation of being some of the most helpful, supportive, and encouraging.

Of course there are exceptions.  There always are.  The total population of voice actors in this world (does anybody really know how many?) could not be expected to be perfectly aligned.  We all have different political leanings, sensibilities, priorities, and upbringings.  In fact, I find it amazing that most voice actors follow an attitude of benevolence to each other.  Bravo!

But have you noticed lately the “edginess” or picky nature of (esp.) online discourse?  OK, maybe I’m spending too much time on Facebook.  Guilty.

Voice actors tend to seek companionship with their like-minded fellows online as a balm for the studio loneliness that can be our daily routine.  For many of us, the digital platforms offer a sense of relationship…hollow as it sometimes may be.

But we all know how it’s easy to hide behind the façade of the internet.  It can lend a certain boldness to our proclamations that is misconstrued in the written word.  No body language.  Intonation and inflection is missing.  Would you really say those things if the other person was standing right in front of you?

I have a theory.

It’s the same one that controls the stock-market.  For all it’s computer-driven algorithms, the formulas that say when to buy and sell, the stock market still falls prey to human emotion.

Right now emotions are running high.  It’s only going to get worse until November 8th.

One side or the other is going to be mighty disappointed on election day, so it may not subside for some time.

Either way, I blame the unsettled nature of our culture right now for the “edginess”.  In the UK, Brexit is still boiling.  In the Mideast: Syria.  On the Pacific Rim: the fight over rights to the South China Sea, and North Korea.  Brazil is in turmoil, and Venezuala is a disaster.

I could be totally wrong, but I believe the US exerts such a heavy influence on the rest of the world, that when WE are off-kilter…it ripples elsewhere.  Tell me if I’m guilty of being an arrogant American.

I believe our political polarization right now is at such a fever pitch that it’s got us ALL on edge.  Geez, I hope that’s all it is. Otherwise we’re in trouble.

Have a great weekend.  Take a deep breath.