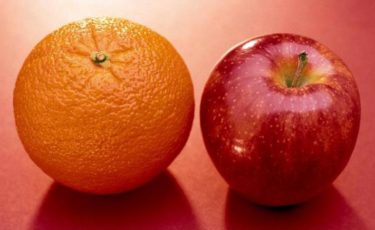 Despite some really good discussion generated by my blog yesterday — Ostrich or Coyote? — I think it was a weak device for me to use to make my point.  I even said so IN the article: “…I’m not going to go too far with this analogy…most such comparisons fail at some point…”

Usually that failure point is not far down the road…taken to its logical conclusion.

While analogies can sometimes make complex ideas more understandable by using a simple comparison, it’s that very simplicity that makes them weak.  One research study looked at the strength of using analogies for trial lawyers and found them nearly 100% ineffective, because either the jurors didn’t grasp the comparison, or thought of a better one themselves! [analog1]

Nope.  The devil’s in the details, and that means to really understand an issue, you have to get down in the dirt with all the intricacies and arguments.  Boiling it down to a simple analogy does it a disservice. The issue with online freelance casting sites deserves to be analyzed, and I really thought I’d seen just about all the words that could’ve been written by all sides of this challenge.  A friend has even stopped communicating with me over this controversy.

But no… Ed Waldorph took the time to carefully lay out his position on the whole thing, and if you didn’t see it in the comments, I’m going to include it here for all to see.  More comments from me at the bottom.

Like your Ostrich and Coyote metaphor it’s cute but doesn’t really offer a solution. It’s difficult to create a game strategy without understanding the rules and the playing field.

The objective in any game is to win, so we first have to agree on what is winning. For most of us in the game of voiceover, winning is having a long term career that supports us and our families—just like any other job. Forgetting for the moment that the parameters for that differ almost with each family, goalposts often move and economies and economics change over the years, we can still find an agreeable range.

Voiceover, like any trade or profession, requires three things to become proficient: education and training, practice and some would argue, talent. In our Capitalist society all this costs money and with the exception of apprenticeships and scholarships, one is not paid while one is learning. Every culture in the world has accepted norms for how one survives during this period—many times quite specific to the end career.

Christian has set us an example of sports, so let’s go with that. But first let’s not forget that we are comparing this to a VO career. Let’s also look at the standards the community has long accepted; and let’s not overlook the fact that everything evolves. Times change and we can all agree we are in a period of change so great that experts are calling it disruptive. (It’s nothing new, really. In other periods words like Epochal, Life-Changing and Historic were bandied about in fits of hyperbole.)

So, Community Standards; how do they apply here? There are several that are often trundled out to be thrown around the necks of aspiring artists like a dead albatross. Usually these are divided into social and economic mores. We can generally give the social rubricks short shrift. It’s generally a labored effort to create a social caste system; Miscreants are branded with Scarlet Letters and an atmosphere of guilt by association is created.

That’s never gone over well in modern society as we saw in early Hollywood where it was fine to hang out at a lunch counter and look pretty but stay off the boulevard. However there were plenty of soon to be starlettes, and stars, who were on call to the studio heads and pretty much anyone not of the cast caste.

So really, trying to make that sale is just embarrassing yourself.

Which brings us to economics. This theory goes that hiring yourself out at anything less than standard rates (whatever they are) is detrimental to the community as a whole because it lowers rates for everybody. For anyone who uinderstands economies and markets this is just absurd on its face.

Let’s get back to Christian’s stumbling tennis performance, but untwist the tortured bit of analagy to more closely resemble the Fiverr paradigm. (Admitting here I am completely boggled by those who seem to actually relate this to the subject.) I’m also going to interject another profession that’s a little closer to voice acting: stage acting—since we can draw actuall parallel references.

I love that Christian begs the question immediately in his premise that “…everyone is entitled to a professional VO career.” Accurately labeling it as erroneous and absurd, but ignoring that few, if any, really think that. throwing in the politically charged buzzword “entitled” was cute.

His second premise is that because he is a stumble-bum on the court he shouldn’t even try (a la the current defeatist pop psychology that one shouldn’t pursue a career just because it is a passion.)

Finally he claims he would never denigrate himself by trying to earn money through bad performance (completely ignoring the fact that we all have done that in our careers) and throwing the emotional bomb of “begging” in to boot.

So let’s address them, one, two, three. Number one is a fallacy. Number two is defeatist foolishness. So that leaves number three: Profiting (or at least offsetting expenditures) through poor performance. Christian says he would never, ever do that (but I’ll wager he, like all of us, has.)

And this is the crux of the argument. Indeed it is one of the only two real debatable conditions—the other being that all low rates adversely effect all rates for all performers. I ask, in all seriousness, why not?

Are you telling me, Christian, that you would turn that down? Are you, orr others, seriously telling me that because you’re selling tickets for $10 that the Williams sisters are going to have to cut their rates? Really?

So pretty soon you are raking in enough cash to pay for the courts and equipment and you are doing no more work than you did before. It’s like free money! So then a guy comes up to you and says, “I was amazed when I saw all these people paying good money to watch you stumble around the court. I want to sign you to a Pay-TV contract. I’m going to put you online and charge $5 to let folks watch around the world. I’ll pay you $4, less taxes and fees.”

Four dollars! But I get eight dollars from ticket sales. You’re going to destroy the market. Nobody is going to pay $10 when they can watch me on TV for $5.

Really? You really think that. First of all, years of Pay-Per-View have proved that idea totally wrong. There are still folks that will pony up more hard cash to watch in person. Plus you are not going to have to work any harder to make more money.

So, Christian, thinking of changing careers?

Finally, lets take an example from another branch of the acting community. For years, aspiring stage and screen actors have supported themselves by schlepping food and drink orders and parking cars to pay for lessons and eke out a living. It was seen as a rite of passage, even noble

But then came off-broadway and off-off-broadway and touring companies and 99-seat theaters. Somehow the theater as an institution is still alive and commanding multiple hundreds of dollars for a ticket.

So let’s all unwad the undies. Fiver is not the problem, yet, but it might be a solution.

Ed’s a good thinker and writer.  He makes some fine points, but is dismissive of a few more things than I would’ve liked.

I also think — like my Ostrich/Coyote example — the analogy Ed offers of the aspiring stage actors waiting tables while working off-Broadway is weak.   There are holes in it.  I’m living those “holes”  as I witness my 27-yr-old daughter (a dancer/choreographer) who is once again residing with us at home after 5 years in New York City.  There are always unique conditions and circumstances that prompt analogies to fail.

So let’s drop the analogies.

I’ve never taken economics at any level of education in my life.  I have no MBA.  I see that stratifications exist in the  marketplace, but why let them bleed into one another?…encouraging the denizens of one level to consider choosing the one below, and start a paradigm shift to lower compensation?

There’s no crime in continually beating the drum for the best possible compensation.  Sure, cut-rate marketplaces will always exist, as long as you’re quick to catapult your career from there to the greener pastures of better pay.  Stay in that bottom tier long enough, though, and you start to believe that’s what you’re worth. Not for me.

To dismiss Fiverr’s ilk as different than the shenanigans of the larger P2P’s is naive.  It’s all the same dumbing-down of the talent-as-commodity bidding system.  Further, to deny that so-called “voice actors” are not affecting their peers by accepting ever-lower rates, is ludicrous!  Of course it does.  Maybe not to the extent some would have you believe, but inevitable.

I think the best way to deal with it is to exist in the tension between two opposing viewpoints.

I’m there.  I will work tirelessly to try to sway you to my way of thinking because I believe it, and am passionate about it.  I’m listening, but biased.  We all are.  Try to convince me differently, and I’ll do the same.  In the midst of that — in the tension — probably lies the truth.