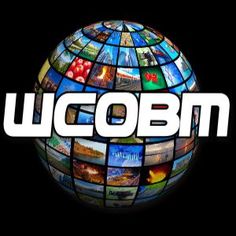 …and to do that, think outside the traditional knee-jerk use of the word…’cause that’s changing.

For instance, does a “broadcast facility”need to be a 2-acre building with offices, a huge studio, engineering, promotions, a control room, and 100 employees?  Not anymore.

At WCOBM (World Center of Broadcast Media) in Las Vegas it’s a very cozy room with 3 webcams, 3 mics, a desk, a virtual background, inexpensive lighting, and a guy in the corner with a laptop.  WCOBM has expanded, now, to have a studio presence in LA and Salt Lake City.

I first wrote about WCOBM after my inagural appearance in April of last year.  See Next-Gen Broadcasting.  And here I am a year later asking the same question:  what is BROADcasting?  Because from where I sit…er….sat in the WCOBM studio…it seems that the term has a legitimate IP component, now.  In fact, more viewers now get their “broadcast” signal digitally than over-the-airwaves.

But beyond that — much like internet radio — entrepreneurs like Michelle “Roxy” Davis and her husband, Gene Woods, are proving that a little moxy, and a fairly wide data pipe are all you need to grow a wide audience (or a “broad” cast).

Purists would argue that viewers seek excellent programing and content with top HD production values.  Maybe some do.  But the internet — and especially YouTube (along with the iPhone) — is proving that viewers are pretty accepting of less-than-cutting edge technology, as  long as the content is relevant.  And with endless niche pockets of specialty viewers, and the saturation of internet to the general population, it’s a whole new ball game of unique content.

Actually, it has been changing for some time…but like most cultural shifts, acceptance of new paradigms takes time. Not as much time as it used to, though.  Five years ago WCOBM might’ve been really struggling to get attention.  I’m not saying the Davis/Woods team is raking in million of d0llars of ad revenue, but the potential is there.

Watch our episode below of “Geeks are Sexy” from just the other day.  I think it had pretty good entertainment, and casual information in a comfortable format for a niche audience (which is not-so-niche anymore!)  We got to talk about voice-acting, freelance marketing, My book:  More Than Just a Voice: The REAL Secret to Voiceover Success, and a LOT about social media.

Later that day, I anchored 3 newscasts, which is REAL broadcasting, right? (uh-huh)