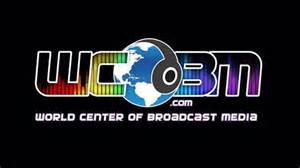 The “studio” was hard to find.  My host told me by cell phone to look for a side-street, then up a dirt ramp…behind a portable office, around the batting cage, and over by the go-kart garage.  I began to wonder what I’d really gotten myself into.

Back in February of 2014, I participated in a weekend Voiceover workshop in Las Vegas, organized by Bill DeWees.  I was happy to make a presentation about the use of Social Media in VO marketing.  In the audience though, was Roxy Davis.  Roxy (not her real name) was working to develop her speaking skills for an internet TV show she was doing, and immediately invited me to join her on her

program – 702 Rox “Beyond the Hobby”.  It took me more than a year to finally make that appearance.

You have to remember, I’ve spent the last 30 years of my life toiling in the heyday of broadcast television.  It’s an entrenched world of legacy paradigms.  There are just certain ways of doing things.  Broadcast journalism is a polished mechanism.  TV requires transmitters, towers, microwave signals, network affiliate agreements, and dependence on things like “ratings”.  Over the years, it’s become bloated, to be sure, but the system lumbers headlong into the future, and that future is under attack by the disruptive nature of the internet.

How this all relates to voiceover opportunities is a matter of debate. My personal feeling is that the field is even more wide open than before, but that the level of compensation is inevitably declining.

But back to my story.  Roxy met me outside the go-kart garage to give me the facilities tour.  What I saw convinced me I was seeing the future of “broadcasting”…if that’s even the appropriate word for it.

Beyond the grit and smell of a go-kart garage — back in one corner of the disarray was a small stand-alone room.  Inside was the WCOBM (World Center of Broadcast Media).  Roxy’s playground!  A poker table centers the set.  Mics on the table, and seats all around it. Three web-cams are positioned on a rail in front of us.  Reflective light panels create a glow.  Off to one side, the control room.  A young man running the sound-board, video feed, character-generator, cue-cards, time signals, and chroma-key control.  There’s not much room to maneuver

The genius behind this construct is Gene Woods…better known from a career in race-car circles than broadcast or internet.  Yet, before the program begins he patiently explains to me how he has designed a website (best to use from your smartphone) that allows you to share your appearance on the show to any number of social media platforms.  His explanation is a primer on how he has birthed an enterprise that is doing an end-around TV, Radio, Cable, and even podcasting, to create a whole new live-streaming network with a potential global audience.  No transmitter needed!

During the broadcast, viewers are encouraged to interact with the hosts and guests.  Gone is the us-to-them arrangement of traditional news or talk shows.  Now it’s all about the back ‘n’ forth with the audience.

And yet, much of the look and feel of the show is meant to appear like live TV…it IS live TV, depending on how you define TV.  I’m on for 10 minutes as the first talk segment of Roxy’s hour-long show.  We chat about social media, voice-acting, being a TV News personality, my new book, and how it came to be.

Outside the garage entrance is a large RV that amounts to being a “green room”.  Inside the RV is a menagerie of Vegas performers and local personalities who will fill up the rest of Roxy’s show.  I stumble upon someone I have seen on the

He’s an affable conversation, but within 45 minutes of my arriving, I’m driving back down the gravel entrance, having made my first WCOBM debut.  Now I belong to the world…not just my limited traditional broadcast TV market of 2-million sin-city souls!