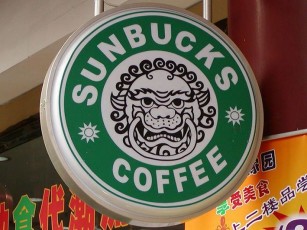 If you can’t get it legitimately, chances are there’s a wanna-be pretender-to-the-throne somewhere, be it legal or not.

If an athlete can’t make the finals or reach higher on his own, there’s always an enhancement.

Voice acting is not free of this spectre either.  Although it’s been some time since I blogged about it, synthetic voices may be one of the biggest threats to our livelihood in the not-so-distant future.

Actually, the synthesis of the human voice IS a form of artificial intelligence…and researchers keep getting better and better at it.   I can’t quite figure out what the motivation is…make a better voice?  Well, no, actually one of the chief catalysts may be the cost of hiring human voices.  ‘Wonder if we’re going to see robotic baseball players one day?

Regardless, aside from Siri, Kindle, and digitized phone menu systems, voice synthesis counterfeits the ultra-fine nuances of the emotional tenor of individual human voices.

Check out this article on the site Medical Daily, which delves into the way voice influences emotions even when you’re unaware of its sound.

Luckily, the study does not seek to further the boundaries of synthetic voices, but rather the researchers “…want to build a bank of sounds that are engineered to activate specific neuronal pathways in the brain. From this sound bank, the team hopes to create musical alternatives to replace the current pharmacological therapies that treat depression, anxiety disorders, and other mental distress…”

The study altered people’s OWN voices to change their moods and found that “…participants changed their emotional state to align with the emotion portrayed by their manipulated voice. According to the researchers, this suggests we do not always control our voices to meet a specific goal; instead, we listen to our voices to learn how we are feeling…”

Ah…so that’s it!  Without knowing…I’ve actually stumbled upon scientific research that supports client insistence on “conversational”!!!