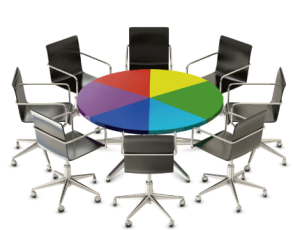 We’re in the communications business, right?  So, it makes sense that at the most basic level, we should communicate with EACH OTHER about our business.

It’s no secret that like many other industries disrupted by the internet, voice acting is seeing market forces changing legacy compensation rates.  There may be no stopping it, or altering it.  But in the chase to keep up with it…to identify the changes, we can educate ourselves to better decisions in our own individual VO businesses.

In that spirit, World-Voices is continuing a monthly series of roundtable discussions with thought-influencers who are or have been in the trenches, and are willing to share their experience and knowledge.  Anne Ganguzza and I are driving this bus, and enjoying the heck out of it…mostly because whenever we ask, we get enthusiastic cooperation from our panelists. The RADAR reference is an acronym that stands for Rates And Digital Ad Reform…alluding to the new media influence on today’s market.

Last month’s first episode in this series was packed with wisdom, and yesterday’s roundtable took it to the next level beyond that!

Our guest experts are:

This episode starts with Sean Caldwell explaining his revealing rates survey from earlier this year…digs deep into changes happening in media, and touches on SAG-AFTRA involvement (or lack of it).