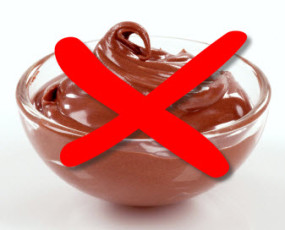 1)  Last week I called to task a certain hi-profile VO coaching school for utilizing a series of increasingly rude autoresponder emails to coerce wannabe VO talent to sign-up for their program. [WHEN DOES AN OFFER BECOME OFFENSIVE?]

2) I followed up the next day with some suggestions for how to spot hi-pressure sales and predatory coaches that is typically not substantiated with a good track record.  [THE ANTIDOTE]

3) On the third day, I posted a response from a manager of that VO coaching company claiming the offensive emails were an aberration, and that this was not the way they do business anymore. [PUDDING] (I opined as a closing thought in that article that the proof is in the pudding, so to speak, meaning time will tell, or I was willing to give them the benefit of the doubt)

The rest of the story:

Unbeknownst to me, a friend and fellow voice-actor did a little checking.   After my “Pudding” blog, my friend signed-up for email list of the company in question.  Remember this is AFTER the manager of the coaching company had reassured me they were no longer using offensive emails.

My friend got the same series of offensive emails…verbatim…word for word…1-2-3.

My friend had to admit:

“…So, obviously, despite what they told you, they’re still using those exact same emails, and the proof really is in the pudding. And as usual with these opportunistic schools and coaches, it’s sad, but not really surprising…”
The email messages in question are not even generated by this VO coaching school’s own staff.  It’s already been noted that this formulaic email series is borrowed (or bought) from an email online marketing company, and the VO coaching company spokesman admitted it!
I’m disappointed…maybe a little naive, but it IS hard to get a leopard to change his spots.

All the more reason to join us for this week’s #WoVOChat.  The topic is:  “FINDING GOOD COACHES IN TODAY’S INDUSTRY“.  WoVOChats are (big surprise) a program of World-Voices Organization, and Brad Venable is driving the boat for the chats these days.  He’s supported by the incredibly smart content manager and pro voice talent Pamela Muldoon who acts as our chat architect and moderator.

We begin at Noon Pacific, keying off the hashtag #WoVOChat.  Guests for this topic are Simone Fojgiel and Terry Daniel.  Both of whom are well-versed in this topic.
More tomorrow on some of the questions we’ll be covering.
CourVO