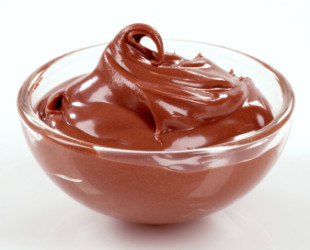 This has been a week of discovery, admonition, and contrition.  Tuesday, I came down hard on what I believed to be a certain sector of the coaching marketplace that takes unfair advantage of voiceover neophytes.  Those are people who really want to be a voice actor, but have no idea how to go about it.  In seeking help, many seem to fall prey to what I would call opportunistic and unscrupulous “coaches” who care less about their graduates than they do their pocketbooks.  I posited that voice actors should not turn a blind eye to such practices, as it hurts our profession.

Tuesday’s blog “WHEN DOES AN OFFER BECOME OFFENSIVE” had about 1500 unique visits.  In the article, I reprinted a series of emails that got increasingly rude in their insistent language. The emails came from a fairly well-known voice-over school, and the emails had been sent to a real-world student prospect.

The next day, “THE ANTIDOTE” had nearly as many visitors to my blog.  In that follow-up blog I offered a few tips to readers on how to spot predatory coaches.

On Thursday I rested.  I also spent time in a phone call with a part-owner of the school in question.  I refuse to name names.  It does no good, and I’m not the VO police.

In the call, Mr. Abc apologized that those emails EVER were sent out in the first place.  An over-zealous staffer had failed to run it past Mr. Abc.  Had he done so, Mr. Abc says he would never have allowed that mailing.  He admitted they were internet marketing template emails (as had been pointed out by one of our astute readers), and they don’t send those out any more.

Mr. Abc also admits the school he works for has made some mistakes in the past.  They lost some good coaches over it. Many of those past coaches are people you know and I know, and some worked for this school for years (some still do).  Privately, a few of them told me they stayed because they had the chance to develop their own coaching lessons and style, and felt they were really helping newcomers.  Most of them told me they eventually left because they couldn’t handle the onerous sales techniques.

Mr. Abc even left, and then was wooed back.  He’s now buying into the company, and hopes to set the ship aright.  He understands his biggest challenge may be overcoming the negative perceptions held by many in our community.  He claims there are no flash-weekend demo sessions.   Students get 16-24 sessions before graduation. Mr. Abc claims there is plenty of support once they graduate, and that they “…don’t believe in high-pressure tactics…”

But there’s also another old adage:  “…the proof’s in the pudding…”