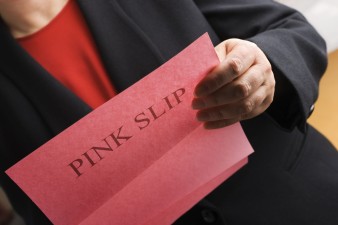 All I had to do was make it through the week.  Beginning Saturday, June 6th, I was planning a driving getaway with my wife to some familiar places in the Midwest.

Those last days before a vacation are always the longest, aren’t they?

18 of my fellow workers, colleagues, and friends at the TV station where I work…were fired Wednesday.  That’s a bunch.  They were cut from all departments across the board.  Two of them were department managers, including my News Director.

As you know, I’ve been planning for my eventual exit from my 35-yr career in TV news for quite some time.  Now I know that I’ve been wise…or lucky.  I dunno…but I’m certainly prepared.

The broadcast news business is just not at all what it used to be, and I’m grateful that I spent my energy in the best days of local TV.  No regrets.  My Lord, I shoulda probably forced myself to leave 10 years ago…but there were bills to pay, kids in college, and that corporate health plan was nice.   You get comfortable.

My next career in voice-acting beckons ever stronger, though.  Oddly enough, the best jobs in VO still come from TV and radio.  Standing at the crossroads of that paradox…what should we ALL take from the stark reality of layoffs in local broadcasting?

Well, it’s not new.  Many of you enjoying radio careers saw this happen years ago.  Automation, “hubbing” of operations, programming sameness, and the conglomeration of many stations into holding company hell.  Maybe it’s better than seeing stations fold altogether.  But there’s no more fun or creativity to it.  The almighty dollar holds sway at all costs.

Speaking of which… the networks themselves are part of this desperate move of local stations to cut budgets to the bone.  Years ago, CBS paid KLAS-TV in Las Vegas to be an affiliate.  Now it’s just the opposite.  All of the networks are demanding what amounts to ransom money from their affiliates just for the privilege of those local stations to carry their logo.   It’s never-never land for those stations that won’t pay the ransom.  See this link for the story of the CBS affiliate in Indianapolis, WISH-TV.

But back to my question…what should we ALL take from the stark reality of layoffs in local broadcasting, and the paradigm-shift in media?

I’m probably missing something in this analysis, but you get the drift.  Voice acting is not a prominent…er….voice in all this.  We could get easily trampled on unless we stand up for professional respect.  ‘Just another reason for World-Voices Organization to succeed in its goal to take the high road and advocate for our members.

I’m going to be pondering that as I watch the endless miles of Kansas roll by this weekend.  I’ll let you know what comes of my intentional and mindful time off, when I get back.  When are YOU planning some downtime?