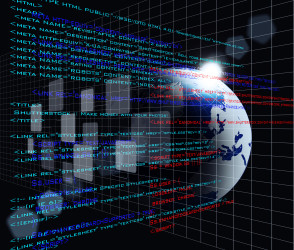 I know, I know… Apple has $194 Billion in cash, and is a media darling, but Google (which Steve Jobs hated) is moving ahead of all other also-rans.

According to an article published in a Wall Street Journal blog, a study by ZenithOptimedia based that ranking on 2013 figures (the latest year the agency had consistent revenue figures for all of the public companies).

Those are figures that are already a year-and-a-half old!  This, in a business environment that considers 2-month-old data to be ancient!

No surprise, then, that in general the fastest-growing media owners are digital media companies and companies in emerging ad markets.

For the purposes of this report, the ZenithOptimedia definition of media revenue “…includes advertising revenues and other revenues generated by businesses that support advertising, such as circulation revenues for newspapers or magazines…”

The WSJ blog claims every company on that list faces the constant threat of displacement by disruptive innovators.

OK, great to know, Dave…but how does that effect my VO business?  Oh, I dunno…think it might be prudent to do a little research to find out all those companies’ divisions, subsidiaries, and acquisitions?  Maybe do a little LinkedIn review of those workplaces, and find out who’s in charge of their production hires?  Do a little warm call?

This is where I look sideways over at the group of people who wonder why I stay on top of social media.   I DO that ’cause it’s the future…it’s digital…it’s where the ad dollars are going.  Can VO opportunities be far behind?