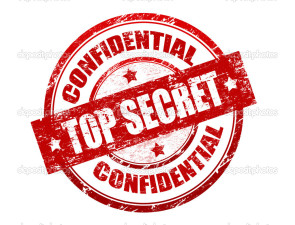 My constant hammering away at the situation with outgoing ISDN and incoming IP remote recording solutions often shakes loose a few informational tidbits from unexpected corners of the industry.

Apparently, Lance has a brother who is so steeped in super-secret , hush-hush, 3-letter, clandestine government agencies with ultra-high classified clearance, that Lance doesn’t even know where his brother IS half the time.  But Lance assures me that his brother operates in technological circles that makes Zuckerberg look like he’s playing with toy trains.

Inspired by all this back-and-forth over ISDN v. IP alternatives, Lance queried his brother SOMEHOW through the dark web, bouncing the signal 34 times at points around the globe before it arrived — anonymously — at his brother’s underground location in Tasmania (oops, I wasn’t supposed to reveal that).

Lance’s question was: “…would it be possible to design something as good as ISDN which can operate thru a browser and be reliable?…”

While portions of the above narrative are written tongue-in-cheek, Lance’s brother’s response was seriously worth reading, and I submit it to you now, as Lance sent it to me, (decrypted through Swahili interpreters).

Just before I left _ _ _ I wrote a proposal for the agency to convert all their streaming audio to VoIP (Voice over Internet Protocol).  The equipment supported POTS (Plane Old Telephone Service), ISDN, and analog for legacy radio patch.  The equipment I designed converted the POTS and analog to digital, combined it with whatever ISDN channels were needed, and the software decided what protocols to use before sending it out as VoIP to the internet.

All your ISDN stuff gets routed to the receiving end via the internet.  It is no longer ISDN when it gets put on the internet, but it is an IP data packet.  When it leaves the internet at the receiving end the local office equipment converts it back to ISDN or to whatever service type the receiver uses.  The issue is something called QoS (Quality of Service).  The higher the QoS the higher the probability your IP packet will reach its destination with minimum delay on route from waiting for other IP packets to be sent to other receivers.

That still does not answer your question.  ISDN was a disruptive technology to the wired telephone system.  The internet was a disruptive technology to all communications systems (even cell phones route via the internet).  Newer internet protocols are being developed (IPv6 for example) that provide even more capability.  It is all happening so fast and there are so many competing protocols that you cannot know with any certainty who will be the real winners.  The losers will be those that jump too early and land on the wrong bandwagon.

My advice: let the market shake out a little more.  Keep your eye on what technologies seem to be the most promising over the next 1-2 years.  Remember Sony’s Beta video tape scheme vs. VHS.  Sony’s Beta was far superior but VHS won.  VHS was good enough, and those that invested in Beta lost lots of money on both equipment and tapes.  You may see something similar happen over the next 1-2 years.  In the end it may boil down to the speed of a computer and choice of browser with a direct cable connection to fiber at the curb.  For browsers Mozilla’s Firefox always seems to come out on top with the widest range of supported protocols.

Early adopters take the highest risks.  Keep your eyes open and see what the majority of your customers decide to use.  I think that will answer your question best.

You may wind up with four or five competing, widely accepted technologies in the next three years.  As for developing yet another competing system…those that are out there will saturate the market.  I think it would be a poor ROI.  Market saturation always leads to market consolidation with modest winners and big losers.