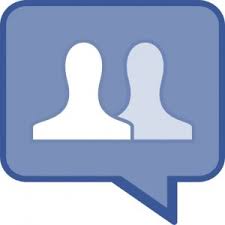 Social Media can be a huge time waster, and/or an incredible resource.  You hold the key to which it will be.

A lot of voice actors seem befuddled by Twitter.  Many more are ON FaceBook, but seem increasingly frustrated by FB’s ever-changing policies — OR — are fearful they’ll fall behind if they don’t spend time there.

Years ago, I jumped into FB’s newest feature:  GROUPS.   In 2010 I created Voice-Over Friends, and over time, more than 1500 people joined.  The conversations were helpful, and a real sense of community developed.

But Voice-Over Friends ultimately became redundant and, well…bloated.  The VO community is moving ever-forward to specialty and niche areas…even within the voice-over world, which some would say is niche itself.

My friend Terry Daniel and I were administering two separate FaceBook VO groups that were essentially the same.  I asked Terry if we could just MERGE the membership, and avoid some of the cross-posting and fractious proliferation that hampers social media today.

So as of today (10-13-14) Voice-Over Friends is gone.  I’m the only member, and the group is  “secret” to Facebook denizens..  I’m maintaining that status so the threads can be preserved as archive should anyone want to find something.  If that’s you, write me at [email protected], and I’ll see that you get in so you can dig around for what you need.

Now, Terry and I are co-administering the Voice-Over Pro Place.  You can find it here:  http://www.facebook.com/groups/voiceoverpros/

Please request to join there if you were in Voice-Over Friends, and we’ll make sure you are in the conversation there.  We know you’ll find it to be a vibrant and safe community to share and learn.