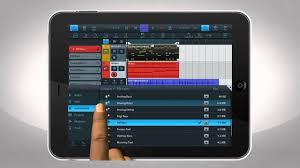 Just the other day someone posted in an online forum with the question: “What are the best apps to record and edit audio on an iOS system”.

I haven’t done the research, but probably scores of apps will record your audio…but not many will let you edit, and even fewer will offer editing and processing (or effects) as we voice-actors are accustomed to.

My pat answer is TwistedWave or WavePad Master’s Edition — both of which sell for $10.  (For Android users:  AudioEvolution – hands down).

Now Steinberg gets into the mix with a program called Cubasis, and it’s on sale for the iPad now through Sept. 6th at a 30% discount.  Even with that, the app costs $34.

This app reminds me of ProTools in that it’s probably more than any VO needs for a tablet recording/editing app.  I don’t want ProTools disciples crawling all over me for that comment.  I know many happy ProTools users among my voice-acting brothers and sisters, but it always seemed to me like getting into an F-16 just to cross the road. 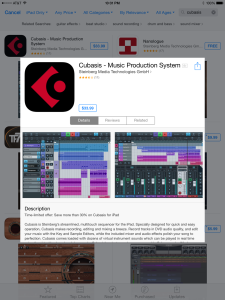 Cubasis is like that.  More or less designed for the musician, but it certainly has all the tools for professional editing of an voiceover sound files.  Here’s a listing of its key features from the website:

There’s much more explained on their website.  If you think this is a deal you might be interested in, here’s the link to the Cubasis 30% discount deal.