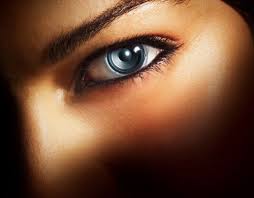 Embarrassingly, in February of this year, while speaking at Bill DeWees’ VO Revolution workshop — I came in after a previous speaker, and told the attendees the exact opposite of what they had just heard about headshots.

I’ve written about this before, but I think it bears repeating…and I don’t expect everyone will agree with me, but hear me out, and then decide for yourself.

The argument against a voiceactor utilizing a HeadShot (recent photo portrait)

No, all the jokes about “I have a face for radio” don’t apply here. EVERYONE has a good side, and can look appealing in pics taken by a professional photographer.

The only salient argument I’ve ever heard why a voice-actor should not use a relevant picture of herself/himself is if their character or their voice does not match their age or their countenance.  Many voice-actors do character voices that represents something totally aside from the real person.  This ruins the illusion of their talent, and can be a disconnect for the client.

I get it.  That’s a pretty good argument…and I’m guessing the other 95% of you who do not fall in this category, cannot use that argument.

The arguments in favor of a voiceactor utilizing a HeadShot

Everyone is naturally interested, almost compelled to search and see what you look like.  Think about how big pictures are in every online platform.  They all ask for a picture, an avatar, a logo — SOMETHING — to represent you.  It’s a natural human curiosity.  Why not get ahead of that curiosity,, and provide them the visage you prefer be seen by everybody?…instead of an impromptu shot of you from an unexpected angle at a party?

Pay the bucks for a professional photographer to set-up a series of shots of your face in different light, and in maybe 2 or 3

different changes of clothes and poses, and choose the best ones…even have the photog digitize out the blemishes if you want.  Just do it.

Another pet peeve of mine:  don’t use a 10-yr-old picture of you when you were younger / prettier / slimmer / more handsome / not grey / hipper.  Imagine the surprise of people who inevitably meet you in person at Faffcon and barely recognize you!  Get new headshots done every 2-3 years.

The final, best argument for voice actors using a current headshot:  it’s genuine, it’s authentic, it’s you.  There’s no hiding it, and trying to do that is misleading in the extreme.  Think about it.  You are selling YOU as the partner in your client’s business.  Don’t give them one reason to think you’re keeping something from them.

Oh, and use that same shot consistently everywhere.  This is not such a hard ‘n’ fast rule, but I think it really works to build the brand called “you”… at least when first working to establish yourself.

OK, you’re just still so embarrassed by showing your face, or you’re a character voice actor, or you get a rash when you even think about utilizing a headshot.  In this case, use your logo, and make sure you have a good one.  This will now take the place of you, your personal brand, your personality, and your character.