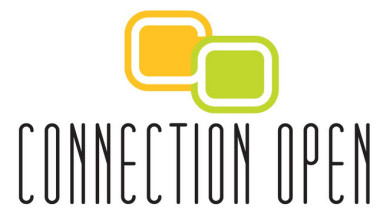 Although it’s been relatively quiet of late, the “ISDN Successor Wars” are still simmering.

Recapping:  as TelCos do their best to rid themselves of paired copper wire connections and switching infrastructure,  several innovative IP-solution companies are claiming bigger pieces of the hi-fi remote-recording pie:

The oft-forgotten contender in this mix was mentioned many times by this author in the past.  The service is called ConnectionOpen.  See:  …And  One More, also: Uh-Oh…Here’s Another One!“

ConnectionOpen was conceived for the use of musicians wishing to collaborate in real-time from remote locations.  But it’s founders have always had it in the back of their mind that the product would be perfect for voice-actors too.  Since its first appearance in the market, there have been some er…uh…rearrangements in the controlling directors.

But that’s behind them, and with a bright, shiny new logo, a revamped website, and a fresh launch, ConnectionOpen is finding it’s center again.

Calling the shots these days:  Randy Morrison, who answered a few questions for me yesterday.  He says:  “ConnectionOpen has just been granted additional allowances on our patented process by the USPTO (United States Patent and Trademark Office), and is moving forward with implementing the changes suggested by the many BETA testers from Phase One of our project.  We have hired a new set of programmers who have identified the problems and are coding in the changes as we speak.  These changes include:

Those are impressive claims.  Randy also made a pointed play to the field of potential VO users:

“Our sights are also set on adding our video function to the mix as well.  This new ability will make ConnectionOpen a master tool for studios needing ADR, as well a big gun in the arsenal for live and remote broadcast applications.”

Here’s the interesting part, though… ConnectionOpen is using a trendy tool of the internet these days — crowdfunding — to help meet some financial goals.  Here’s how Morrison explained it:

“We have started a Kickstarter campaign to help us finance these goals….but this is mostly for our video aspirations as our audio coding is almost paid for.  After some lengthy and expensive legal battles we find ourselves in need of help from our community so that these tools can be brought to bear…this is the reason for our Kickstarter program.  Once finished, we will absolutely be a professional competitor to the “free, but for a reason” resources currently available to our groups, and plan to offer our services for approximately 1/5 of what you paid for ISDN connections 10 years ago!  The Kickstarter campaign offers some exciting offers for those who help us….please take a look and participate if you can.
Our estimated re-debut is in approximately 5-8 weeks for the audio portion, and if we get the financing needed, we hope to unveil the video function before the Holidays this year.”