Skype Goes Pro Audio: What This Means for VO’s 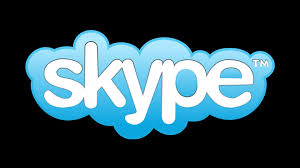 Sure, everybody loves to bash Microsoft, the most recent owner of Skype…but the truth is, the lion’s share of Skype employees live in Luxembourg, and the development team is mostly in Estonia (the birthplace of Skype).  That’s hardly a typical Redmond-based mishandling of some browser brouhaha.  Skype is one of the smartest things MS did, and they’ve been steadily improving it since the acquisition in 2011.

Skype has a huge user-base, and practically invented the concept of VOIP.  They are certainly behind the codec that seems to be powering all of the latest entries into the post-apocalyptic ISDN successors.  First known as SILK, this now totally open, royalty-free, highly versatile audio codec is universally called OPUS. (See my blog SILK Becomes an OPUS).

Opus is standardized by the Internet Engineering Task Force (IETF) as RFC 6716 which incorporated technology from Skype’s SILK codec and Xiph.Org’s CELT codec.  SoundStreak is using it, Source-ConnectNOW, ipDTL, and now Skype, too, is announcing its own hi-fidelity broadcast quality, studio-grade, remote-recording connection called Skype TX.  Here are several write-ups:

Read all the geeky stuff about OPUS here: http://www.opus-codec.org/.

S’all good.  This is the kind of competition that makes capitalism great.  Global forces are competing for a seat at the post-ISDN table, and the menu is rich.

No, ISDN is not going to disappear tomorrow, thanks to legacy-loving influential studios in big cities.  But the quality of these new solutions, paired with the general improvement in broadband reliability will prove to be the economical AND quality alternative that will win the day.

Users like us are the beneficiaries.  Now the marketplace can even-out…so can the opportunities.  Those voice-actors who don’t live in NYC or LA can have a shot at some of those big-studio, agency-driven jobs WITHOUT having to pay exorbitant rates for ISDN installs, hook-ups, codecs, and monthly maintenance.

Studios, too, will have a wider population of available talent from which to choose.  At least that’s how it looks on paper.  Lord knows other market forces could eventually militate against my remote-recording utopian vision.  But here’s where being a geek can be exciting.  All the technological gobbledegook DOES effect us in our workplace, our day-to-day routines, and our pocketbook.

Tomorrow, I hit the show floor at NAB.  One of my first stops will be the Source-Elements booth to talk to programming whiz Rebekah Wilson.  Maybe she’ll have some thoughts for me about all these developments.