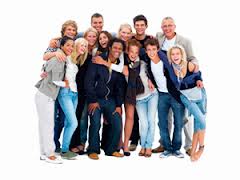 There is a point of diminishing returns in creating meaningful relationships whenever you become part of a population that’s too big.

For that reason, FaceBook Groups and Google Communities, and Twitter Lists, and LinkedIn Groups are where the real action is.

Even the Voice-Over Friends FaceBook group that I administer (now 1300+ members) remains fairly intimate because probably only 20% of the members actively post and participate.

Google Plus Communities are where it’s at as far as I’m concerned.  Because of Gmail, YouTube, and GDrive integrations, G+ Communities are becoming increasingly active, and in my mind are more productive…less fluff.  On Google Plus, feel free to join us by sending me your Google+ profile URL at [email protected]

BUT HERE’S THE REAL GOLD IN GROUPS:

Commiserating with your peers in groups is great.  As mostly independent freelancers, it’s nice to touch base with others who understand our challenges.

But you’re missing incredible marketing opportunities if you are joining only VO groups and communities.  On LinkedIn especially, join the professional groups you are hoping to target as client prospects.  Believe me, if you’re hoping to get work in Video Games, start joining any one of the LinkedIn professional groups that are populated with people who work in this sphere.  I just checked…there’s a Game Developers group…it’s private, so you have to ask to join, but most groups are pretty accepting.  There are over 650,000 LinkedIn groups.  If you can’t find the one you’re looking for, start one on your own.  It’s very easy.

Lurk in these groups for a while.  Get a feel for the tenor of the members.  Eventually, you may want to chime in with a question…or maybe as a voice actor you can contribute to a thread.  Offering links, information, and help is a great way to pay-it-forward on these groups.

Inevitably, people there will  come to recognize you and what you do.  The next time they need a certain kind of voice, they might just give you a call.  This is how it works.  Engaging in conversation creates eventual relationships.  Relationships lead to trust, and trust can result in work.