5 Ways to “Turn” A Producer 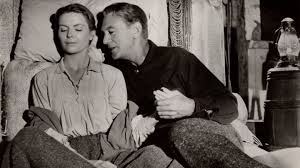 We’ve talked about this.  All the best laid plans of ipDTL, and Source-Connect NOW, and SoundStreak, and even Skype will be for naught as long as the big guns decide they’re gonna hang on to their ISDN until the TelCos come over and rip the copper wires out of their wall.

WHAT ARE THEY AFRAID OF?

They’re too busy.  They’ve got too much going on, and they just haven’t gotten around to it.  It’s not priority (YET). It’s all much ado about nothing.

That’s what they said about the internet, when everybody was still sending demos on cassettes in snail-mail.

WHAT WE’RE UP AGAINST

We’re just the lowly “talent”.  What can WE do?  We’re just happy to get a CALL from the big guys…those powerful studios who perpetuate the ISDN mystique.

To show you the mindset we’re up against, take the example of  the affable and capable Joe Cipriano.  He’s sitting at the top of the VO heap.  He was the guy who got the “big guns” to try ISDN in the first place.  It worked. But it took a while.

More recently, he was in the room with FOX Network engineers attempting to get them to consider Source-Connect.  Also in the room: Source-Connect’s guru: Rebekah Wilson.  FOX liked the quality of Source-Connect, but the FOX decision-makers had concerns.  Mostly security concerns about allowing another “rogue” input into their proprietary IP network.  Wilson said she could guarantee a configuration that would not compromise their security.  But they just…  Weren’t…  Sure.

That’s what we’re up against.

WHAT WE CAN DO

1)  Friendly Persuasion.  I loved that movie.  If you’ve never seen the B&W classic with Gary Cooper and Dorothy McGuire.  Get it.  Friendly persuasion is diplomatic, persistent, gentle-but-dedicated.  Friendly persuasion over time wins the day.  Keep the notion of an IP solution relentlessly under their noses — with a dextrous hand — and be patient.

2)  Build on Relationships.  You know these guys.  Sure they’re busy, and sometimes the moment gets away, but while you’re BS’ing before or after the session, just ask.  Ask ’em if they’ve played around with the new technology.  It might be enough to just bring it up, get their response (whatever it is), then drop it.  They may come to actually appreciate the fact that your reminded them, or at least made them think about it.  Relationship is built on trust.  Capitalize on that trust to “ask”.

3) Remind Them of the Cost.  The TelCos are pretty open about it.  Sooner or later they’ll continue to raise the cost until no one will want ISDN.  Verizon,  AT&T, Century-Link and the rest are considering removing physical switched & wired phone service to entire metro areas!  Do you think they’re really going to keep ISDN?  IP is the future.  The TelCos know it, because it’s cheaper.  They’re laying optic fiber…not copper.

4) Exposure. You’ve heard this in the context of marketing.  It takes 8 postcards, or 10 newsletters, or 7 personal emails to even get noticed by client prospects.  So if you and me and all our VO friends make mention to a producer when you have the chance, and continue to do it with “friendly persuasion”, the message WILL get through.

5) Offer a Quick and Free Demonstration.  A couple of friends have found great success with this ploy.  Ask Dan Hurst or Lance Blair about it.  After an ISDN session, both of them offered to give their remote producer a look at how ipDTL worked — on the spot.  In a minute or two, they had a convert.

Honorable Mention: Send videos, tutorials, links, conference  demos, industry white papers, and blogs like mine to your producer friends.  The sheer weight of the evidence will sooner or later force the issue.

And why do we want to force the issue?  Wouldn’t you like to get a shot at some of the big jobs that heretofore went only to ISDN talent?  No, it’s not going to happen overnight…but at least with IP technology, you can be part of the mix.  You’re no longer locked out of play just because you didn’t have one of the expensive tools.  That’s what the internet has done to rip this field wide open in the first place.

Let’s take it to the next logical conclusion.