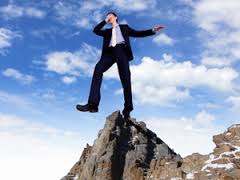 People wonder why I hammer away at the one big issue that faces us all.  I’m not even sure what to call it… but it has to do with the impending death of ISDN, and pretenders to the throne.

A voice-over friend in Canada wrote me yesterday to ask my opinion of  ipDtL.  I hope he won’t mind my copying his frustration, which was perfectly captured in his comments to me:  “…Now the VO talent  community is being asked to fork over cash to basically keep trying these new technologies until one or more of them is adopted.  The post-ISDN landscape is fragmented, and regardless of its low cost of entry for IPDTL is just “one more thing”… IP based ISDN replacements have a *brutal* adoption rate  because US and Canadian ISPs have a stranglehold on the reliable plans that we all need to use an IP based solution. I can’t imagine that ipDTL is going to fare any better. Fragmented adoption, piecemeal compatibility across client bases…”

Virtually every up-and-coming solution  —  and there are several good ones:  Source-Connect, SoundStreak, ipDtL…even Skype — will need to climb the same mountain blocking adoption:  acceptance from the big guys…the producers, the studios, the audio engineers.  Most all of them will not budge from using over-priced ISDN lines until the TelCo’s come over to their place of business

and rip the paired wires from the ground.

Oh, a few are watching the landscape…wringing their hands, and dipping their toe in the water, but in the meantime, our freelance voice-over colleagues are getting reamed by ever-increasing monthly ISDN fees.  In Wisconsin and Michigan, for instance, reports of monthly ISDN fees approaching $500.  There’s a threshold…a point of diminishing returns that the big phone companies are pushing so that ISDN will go away.  They’re losing money on it, and they make no bones about their distaste for continuing to support it.

Fine, then… let’s give ’em their wish.  Only…which option?  The debate rises above the old “Beta vs. VHS” stand-off from years past because the market is undecided.

In the end, WE will push the point.  Voice actors. We have to.  It’s in our best interest.  To get the best deal on breaking the stranglehold that ISDN and East-Coast, West-Coast studios have on our business, all of “the rest of us” are going to have to make our preference known to the studios.  We need to seize the moment.  Once ISDN goes away, and the democratization of hi-fidelity remote recording from anywhere is realized over IP… it won’t matter WHICH big city you live in or don’t live in… you can step up and compete for a big piece of the pie like never before.

It’s already happening.  ipDtL & SoundStreak users are gently urging their remote recording studios to “give it a try, and see how easy it is, and how good it sounds”.  One by one they’ll fall.  One by one, they’ll have to be convinced.

Start now. The sooner you do, the sooner you will grow your business and help the business of voiceovers progress past this logjam.