The Current State of Social Media for Voice-Actors (Part 2) 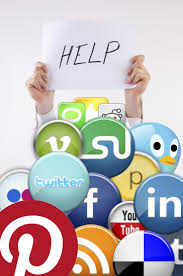 You would be hard-pressed to OVERstate the impact of information and content sharing — through the internet — on voice acting today.

Many things about the internet have changed our business permanently, and most would say:  for the better.  The free exchange of info — of every conceivable shape and form — is part of that “better”.

That’s true not just informational websites, or blogs (more on that later)…but especially  of Social Media sites, the true catalyst.  On FaceBook, Twitter, LinkedIn, YouTube, Google +, and Pinterest,  the impact of the FILTERED flow of consciousness is almost beyond measure.

Of course, being a news guy in my first career, I can’t help but see this.  The TV news business is in a sea change because of the disruptive nature of this tsunami of information flowing through our wireless devices.  It’s no longer “us and them”…broadcasting the news from a position of all-knowing.

ALL is interactive now.  Anybody anywhere can come across “news”, and broadcast it to the world in nanoseconds with pictures and video.  Channel-4’s live trucks come as an afterthought.

But even further, by paying attention on Social Media, we all can know “breaking news” simultaneously, then add to it, comment on it, feedback to it, and support or disparage the event in personal judgement with near-instantaneous action.

Why It’s Big for Voice Actors

In the 90’s, “bulletin boards” and listservs began the paradigm that became social media.  For voice-actors…places like the VO-BB extended the concept on the world wide web (the VO-BB is still alive and well, BTW).  Then when FaceBook and Twitter came along, all hell broke loose.  Not just for voice-actors…for everybody in every profession.

But here’s the important point about why it hit voice-actors with more impact.  Realtors, teachers, construction workers, even lawyers work in and around their ilk all day every day.  Voice-actors never did (much).  The reaction to free-form Social Media sharing in VO circles was voracious.  The hunger for such a forum in which to share, was palpable. Facebook became the water cooler we never had.  Twitter represented a room-full of people circulating among office cubicles.  Google + was like having fee access to the oracle at Delphi.

What We’re Doing With It

Social Media, though, did not come with much of a rule-book.  So we’ve all been making it up as we go along.  What “works”… lives, and sometimes goes viral.  What doesn’t work, dies an almost immediate death (MySpace?).

With the new-found ability to share en masse, voice-actors discovered in each other a gregarious, giving, supportive and enabling community.  Who knew!?  Even people in other professions, with their own online groups have remarked on this quality of the voice over populace.

The subsequent explosion of content sharing reaches into all facets of our business: technology, talent, marketing, coaching, engineering, lead generation… the list is endless!  And it Just. Keeps. Coming.  It doesn’t matter that that question was answered 10 months ago in a different forum, it’s here, now, again, and gets another full treatment.

I innocently posted a question about PayPal transaction fees on my Voice-Over Friends FaceBook group just the other day and got 74 responses.

Product and service announcements affecting our business are invariably immediately discovered by somebody, and with an online posting, becomes virtual knowledge to all within the day.  Queries about business procedures or rates or mics are asked and answered in a whirlwind.

No wonder we can feel left out if we miss our Social Media “fix” for a day or two!

The blog.  My blog.  Any blog… contributes to this cacophony of information.  Voice-actors with savvy and overactive online marketing chutzpah can rightly capitalize on this flow of information, and create an online magazine of information… a weblog.

Except… by the time a guy like me puts the latest big thing up on the blog…the product, or service, or information has already been seen by thousands in online communities.  The analogy is the morning newspaper being beat on the headline by the 11 o’clock news the night before.

The only thing that matters, then, is original content.

I admit, I’ve been wordy in this blog entry, but it’s all mine.  No one else has it.  No one else wrote it.  I have experience in social media, and I can write with authority on this subject, and today I am doing so.

On this blog, you’ll likely see fewer announcements of the latest gizmo… instead I tend to do evaluations and comparisons of their functionality. Original content.

You won’t see a whole lot of debate about the efficacy of the latest methods.  That’s best hashed-out on the forums.

When I blog about news that “broke” elsewhere on social media, I’ll usually add the value of an interview, a personal experience, or a survey.

Occasionally, I’ll re-purpose a link, blog, article, or news release that deserves to be underscored by repeating it.

But in the end, this blog is my forum, and if it’s not original… who cares?  ‘Seen it already.  Move along.

So that’s my pledge to you.  Original content.  Most of the time, you will not have seen it elsewhere.  And really, isn’t that what we’re all on social media for?  Something new?