Streaking To the Finish 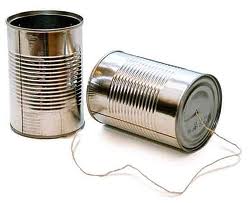 You’ve gotta respect someone who has the resilience to follow a goal, stay the course, and persevere over time…a long time.

Dan Caligor is that guy…the driving force behind SoundStreak…one of the best up-and-coming innovations in hi-quality remote recording since soup cans and string.

I began blogging about SoundStreak a year-and-a-half ago, and Caligor had probably been working on it easily 2-3 years before that.  Could you hang on that long to an idea you just KENW would succeed, but in the short term brought little-to-no revenue?

Over that time, each point of contact with Caligor brought new enthusiasm, additional progress, significant developments in the product.  SoundStreak has been in a limbo of “working Beta” for months and months.  In that period, hundreds of voice over talent, and scores of production houses have signed on and played with the interface…all the while, Caligor and his team have been listening to feedback, and continually improving the functionality.

During my visit to APAC in New York City in late May, Dan and I sat down for coffee and talked for a couple of hours.  His approach is an workable mix of youthful energy and wise/savvy plodding.

Last week I spent time with SoundStreak’s main customer service staffer using the interface to record audio for the tutorials being prepared for release with the final product.  We used the most recent iteration of the product for the sessions.  I was impressed.  From a talent standpoint, this product is uber-easy to use.  If you can launch a program on your Mac or Windows computer, turn on a mic, and talk…then you’re capable of using SoundStreak.  It’s free to talent, BTW…and intuitive to the eye.

Remember, SoundStreak requires only an average broadband connection to work optimally.  Scripts, as well as any pertinent video cues… even the talk-back (or phone patch) is all handled and displayed by the SoundStreak interface.  There’s a live volume meter…a countdown that is visual and aural, and a method for the producer to download in a few seconds, the take they most like as the “money” cut.   There is no port mapping like Source Connect, and no twin-wire installs and hardware purchase like ISDN.

SoundStreak is a gift to talent, and a reasonable expense for producers/studios.  Caligor is hoping talent will become “advocates” in bringing in new clients.

I say all that to get to this point in today’s blog:

SoundStreak is coming out of Beta, has even more new improvements, and is ready to release pricing.

It’s a “soft launch”…typical Caligor style: being cautiously confident about a rock-solid product.  You’re hearing it on Voice-Acting in Vegas first.

Caligor told me:  “We’ve been working towards this product launch for a long time, and we’re pretty excited.  We listened to our users, and acted on that feedback.  The result, w think, is that a great idea has become an even better product.  Hopefully our users agree, and we look forward to hearing their feedback.”

More on this next week as the release becomes official.