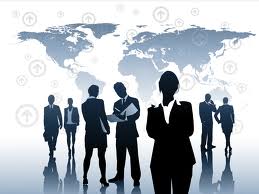 This may not matter to you, and I’m not sure it even matters to me, but the question keeps popping up, and probably deserves an answer for our maturing profession.

What constitutes a “professional” voice actor?

Maybe we fall into another a category with another well-known profession that has absolutely no idea how to answer the question:  journalism.  (hmmm…is the universe trying to tell me something?).  These days, any number of people are calling themselves “journalists”, and who’s gonna prove ’em wrong?  Bloggers, citizen journalists, paparazzi, videographers, Public relations specialists, social media experts, and others are all verging onto territory traditionally thought to be the realm of journalists.

How do you define…

For the purposes of finding a baseline here are a couple of definitions of the word “professional”:

Dictionary.com:  A person who is expert at his or her work.  A person who earns a living in a sport or other occupation frequently engaged in by amateurs.

Wikipedia:  A professional is a person who is engaged in a certain activity, or occupation, for gain or compensation as means of livelihood; such as a permanent career, not as an amateur or pastime.  The term is also used to differentiate from those who are not paid.

Here’s where the question has come up:  FaffCon, World-Voices, SAG-AFTRA, and any number of online websites (for starters).

In all those organizations, the distinction arose as point of membership, admittance, or passing muster in some way.  At the heart of the matter is the desire, and sometimes the need for “professionals” to have their own standing aside from amateurs or “newbies”.  This is not a class distinction, or a value judgment about someone’s worth or intentions.  In almost every sense, it has to do with efficiency and expediency.

Those who have toiled in the business long enough to have earned professional status by the sheer preponderance of their body of work (if nothing else) will tell you they enjoy the association with others of their achievement level without having to bear up under the tedium of (what to them is) elementary questions and topics.  There is much to be gained from the advancement of notions arrived at by those in the mature stages of their careers.

There is also much to be gained from the association with relative newcomers and experts, too…on both sides.  One, for the fulfillment of mentoring, and the other, for the knowledge gained from seasoned practitioners of the craft…and to do so without necessarily calling it “coaching”.

World-Voices Organization’s Executive Board struggled with the question of professional status for many weeks.  Almost any measure of that standard relied in some part on a subjective value judgment, or a relational vouchsafe.  Those positions are difficult to uphold in a world accustomed to statistical proofs.

On the other hand, if hard numbers are brought to bear…such as years in the business, dollars earned, or number jobs performed also fall short of the true picture of what constitutes a professional.

In the end, WoVO decided to borrow heavily from the determination of a VO professional made by Amy Snively and staff at Faffcon:

FaffCon uses the term “working voiceover professional” to describe someone who’s hired by others to do professional-quality work in the voiceover industry (ex. as a voice talent; audio producer, engineer, or editor; casting director, or talent agent). That is,  being paid spendable money, by non-relatives, to work on recorded, spoken word projects.

To keep the content focused and relevant, we think it’s best to be specific. In the context of FaffCon, we make a distinction between voiceover work and voiceover activity. (But we’re not minimizing the value of any of these activities, of course!) For example:

FaffCon defines a  Voiceover Professional as someone who does work for hire (full or part time) in the voiceover industry (for example, as a voice talent; audio producer, engineer, or editor; casting director, or talent agent).

“Work for hire” in this instance means being  paid spendable money, by people who aren’t relatives, to perform work on recorded spoken word projects.

Please note that there’s an important distinction between voiceoverwork and voiceover activity. Here are some examples to illustrate the difference.

How does all this soul-searching, brainstorming exercise in defining a voiceover professional strike you?  Worthwhile, or wasted time?

Does the above definition hit the mark for you, or is something missing?  What’s your definition?