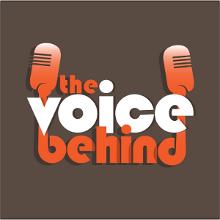 Doncha just love that name for a company?

The website I’m REALLY focusing on today is called THE VOICE BEHIND, but it comes under the umbrella of Owner and Pants Commander Evan Pedersen at Fancy Pants Gangsters.

You’ll find out more about where that name came from, and what THE VOICE BEHIND series of shows does from the interview I did with Pedersen Monday.

Just by way of introduction, Pedersen’s podcast focuses on voice actors, but particularly voice actors behind the scenes of animations and cartoons.  Pedersen is passionate about the genre, and his persistence lands him interviews with some of the best known voice actors for animation in the business (Debi Derryberry, Dave Fennoy, Cira Larkin)…all from his headquarters in Minneapolis.

I hope you’ll take the time to listen to this interview I did with Evan Pedersen.  There’s much here to inspire those who might wish to pursue this niche.