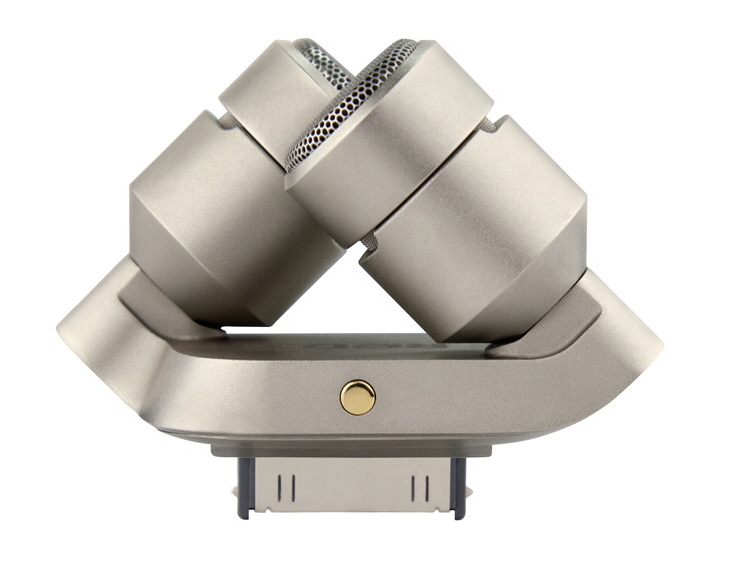 Let’s just put this out there first:  No mobile mic-with-tablet-and-app configuration will match the fidelity of your home studio. Those are the paraphrased words of top VO talent Beau Weaver, who is even more of a bloodhound on the trail of the perfect mobile solution than I am…and I’ve written extensively on it.  iODock, iRigMic, Tascam iM2 and iZX…the list goes on…and Apple keeps redesigning audio configurations with each iteration of it’s devices, so there will be more gizmos in the future.

HAVING SAID THAT:  Your audio —  no matter where you cut it, and no matter what devices you use —  is only as good as the ears of the person hearing it, and many will tell you they can’t tell the difference between such mobile devices, and the average home studio audio product.

People are cutting/sending auditions, and even doing paid voice recordings inside cars and hotel rooms with the latest clever portable recording devices available on the market.

The one that caught my attention just the other day is the RØDE iXY…so designated because of the opposing X/Y configuration of the dual mics. 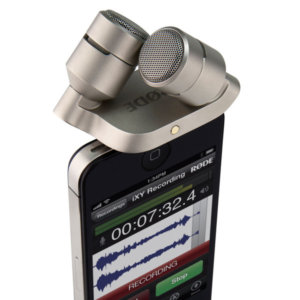 Of course, RØDE is no slacker among microphone manufacturers.  The New South Wales, Australia-based company has been producing quality professional mics since 1967… many of which are workhorses in plenty of studios around the world.  The iXY is a bit of a departure for them, though…but a solid effort to be sure.

From their website:  “The RØDE iXY is the ultimate recording microphone for iPhone®, iPad® or iPod® touch.  With up to 24-bit/96k* recording and on-board high-fidelity A/D conversion, your iXY recordings are rich, smooth and accurate.  At the heart of the iXY is a matched pair of ½” cardioid condenser capsules, fixed in a perfect 90 degree ‘near-coincident’ alignment.  This results in immersive and true-to-life stereo recordings, captured in incredibly high detail.  The iXY is supplied with a foam windshield for outdoor recording as well as a reinforced protective zip case to ensure your iXY is available whenever you need it.”

As I alluded to above, Apple has already begun designing-away compatibility, as the iXY is built to fit the 19-pin connector on all iOS devices except the newest iPads.

The unit comes with it’s own wind sock and carrying case…and is listed for $199 in the RØDE online store, which currently states it’s sold out;  and suppliers like B&H, whose site says it’s on pre-order.

You can, however, acquire the attendant RØDE Rec app for iOS at $5.99.  The app is pretty advanced and feature-rich, allowing different recording file formats, and standard DAW editing within the interface, as well as choices for upload.  You don’t have to  have the RØDE iXY to use the app.

Anybody out there got one of these yet?  If so, what’s it like?