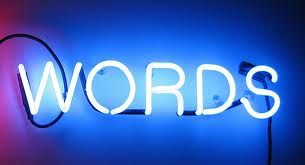 Voice Actors bring a lot of skills to the table…much more than just raw talent, but at the core of things, we’re adept with words, and words are formed by culture and history…trends and civilization.  We HAVE to know the meaning of a word or phrase…the importance of its context, and its intent.

Thinks last year’s demo is still pertinent?…the content current?…and the attitude spot on?  Well, how many new nuances and phrases have been birthed by Saturday Night Live, the Presidential Election, and feature films alone in the last six months?

They say the future of the internet is in data mining.  For a lot of reasons, no one does this better than Google…especially with words.

In December 2010, Google launched an “…online tool for analyzing the history of language and culture as reflected in the gargantuan corpus of historical texts that have been scanned and digitized as part of the Google Books project. They called the interface the Ngram Viewer, and it was launched in conjunction with a blockbuster paper in the journal Science that baptized this Big Data approach to historical analysis with the label “culturomics.” (see Bigger, Better Google NGrams – Brace Yourself for the Power of Grammar”).

Don’t be put off by the jargon.  This is one of the coolest, easiest tools Google (or any tech company) has ever come up with.  Put in relevant words or phrases, and within moments Ngram Viewer reveals a chart with the relative occurrence of the three words compared on a time/frequency graph.
For instance, click here to see the graph produced using the words, voiceover, voice-over, and voice over.  (makes you wonder what happened around 1810)
I can’t begin to visualize all the possible applications this might have to your voice-over (voiceover, voice over) business, but I know I’m gonna keep this little gem tucked away on my Evernote account for future reference.
If nothing else, it might help you win a beer bet next Saturday while you’re out with friends.
CourVO