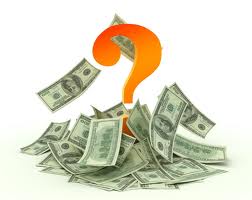 Yesterday, one of our colleagues noticed the article, too, and sent in a call for help.

Without mentioning the name of the person who posted the comment/question, or the person who is facing the rates issue, I’m turning over this real-world quandary to all of you for a crowdsourced answer.  This person’s conundrum has several classic twists, turns, and challenges.  We’ll all learn a little.

Have at it!  Let’s figure this out, and help a friend!

Unfortunately, I’m really in a bind here, trying to offer advice to one of my actors who’s picked up a gig doing news reading for a third-party distribution service catering to the blind market. It’s an intensive deal, too: every morning, every week; the news has to be from that morning – hence the commitment.

I can’t seem to find anything on assisting him with rates, though. This is his first gig of its kind, though he’s been a member of SAG for 15 years (background and stand-in work on major network shows and films.)

His voice is, in a word, exceptional. Unique. It has a natural gravitas which commands your attention. (Why do you think I love working with him? Besides him being a great guy and a serious professional in everything he does, that is.) So, I’d hate to encourage him to not bust out immediately with the SAG rate (it’s … pretty high) since he’s leery of it being shot down. He’s just a natural, rare talent. This is no doubt a job in which he could excel – along with many others.

But where to start?

Also, this is clearly a long-form project. He’s to deliver all audio self-produced and in finished form online immediately following recording. I can’t imagine how he couldn’t tack on a bit more for that, right? Most of the rates I see are for per-minute, short-form, one-offs. This is an intensive commitment for an indefinite period of time.

What should I advise?