Can VO be TOO Social? 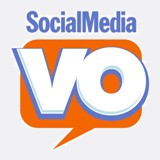 “Another FaceBook Voice Over Group???!!”  — or  (cynically) — “What we need is another social media site for Voice-Overs!”

Voice actors quickly embraced the enabling power of the internet for auditions and jobs, and many immediately saw the potential for marketing, promotions, and relationship-building.

We voice actors are not alone in this, of course, but we DO seem to be a friendly, gregarious, and supportive lot for the most part, and the VO social sites that have cropped-up found early acceptance and hearty membership sign-ups.

In my relatively shallow history in voice-overs, it seems the legacy leader in this space…solid in its member-base before social media even got popular was DB Cooper’s VO-BB: Voice Over Bulletin Board..and she would tell you she inherited it from someone before her.  Voice123, Voices.com, Julie Williams, and others continue to sponsor online forums for VO’s with varying degrees of success and membership

Clearly, Zurek though, captured the potential of the current social media trend ahead of the curve.  His VoiceOverUniverse.com site (VU) was the standard-bearer community-building that still thrives today.  But even Zurek translated that brand onto FaceBook when it opened up the ‘Groups’ functionality.

John Florian, also, was a leader in creating a focus point of information and community with his VoiceOverXtra site.

Of course, there are many other examples, and I’m just as guilty in some of my efforts at Social Media groupings as anyone.  (I admit it!).  I launched and administer the Voice-Over Friends group on FaceBook (900+ members), three groups on LinkedIn:  both a public and private group pertaining to setting rates, and — also on LinkedIn — a Social Media for VO’s group.  I’ve also built two lists of voice-actors on Twitter.  One of them quickly reached the Twitter-imposed 500-member limit, and my second list is now at 315.

Between them, Ed Victor and Lee Gordon administer LinkedIn sites with collectively thousands of voice actors as members.  Chris Kendall — a UK-based voice actor — claims 10’s of thousands of members/followers/friends/fans in his many Voice Artists United (VAU) sites.

There’s AllStarVoices, now, and Voice and Studio, and whatever Michael Minetree is working on from time-to-time.  The list goes on!….I’m sure I’m unintentionally missing someone or something, and I haven’t even BEGUN to mention bloggers.

A couple of years ago when I launched NVOAM — National Voice Over Appreciation Month — an established voice actor with plenty of respect asked me if the voice over community really needed something like this.  There was a sort of righteous indignation  that the saturation level for voice over communities had already been reached, and another site was only diluting the ones already present.  I was miffed.

What do YOU think?  I’ve posted a link to this article on about 6 or 7 FaceBook Groups, Twitter, LinkedIn, Tumblr, StumbleUpon, Google-Plus, Pinterest, Posterous, and Delicious. Sure, I’d rather post to just one place, but such is the state of affairs these days.

There’s a lot of speculating, and not much precipitating-out.

Can VO social media sharing get too watered down?