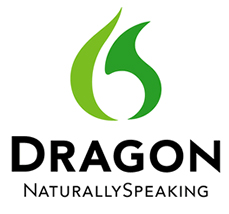 Why have I often harangued my readers to learn “Touch Typing”?

It saves time.  Gobs of it.

Look, if you don’t type much…no big deal.  Hunt ‘n’ peck with your index fingers all you want.

But let’s face it…Americans are writing more than ever.  E-mail, FaceBook, Twitter, Blogs, Comments, Texting.  Sure, some of that is done with thumbs, but up until recently, most US citizens can claim their last essay in College or HS as their most recent composition of 200 words or more.  Really!

I’d like to say I consistently do much more voicing than typing (keyboarding), but it’s just not true.  With my TV news job, and blogging, and 800 emails/day (kidding!), I’m typing ALL THE TIME.

I’m typing SO much that I’ve even found a new way to cut down even THAT time-suck.

Seen it?  This voice-recognition software has been around for many years, and I haven’t tried it for several years.  Wow!…it’s REALLY gotten better.

I bought the minimalist offering of this software program (~$30 at Office Depot), and I’ve been having a ball ever since.

Voice-recognition software is some of the most sophisticated coding there is.  It’s basically Artificial Intelligence (AI).  Nuance has SO refined the product, though, that what used to be a lengthy “training” of the program to recognize your voice is now barely a minor tweak.  (Don’t believe there’s been progress here?…how many companies have gone all voice-recognition on their phone menu systems…and they’re getting very sophisticated)

Once you’ve learned the commands, dictating ALL the things you used to type becomes the preferred technique.  The only drawback is that others may hear you…so it’s not possible in EVERY circumstance where you need privacy.

My entry-level $30 purchase came with instructions, a manual, a CD, and a wired headset (mic and headphone).   More advanced versions get fancier and more expensive.  BlueTooth, Wi-Fi, portability, and ease-of-use are factored in…but the basic software is the same.

Oh, and Nuance has a nifty app for most smart-phones, now, that lets you dictate up to 30-seconds, then copy and paste it into your SMS texting, e-mail, or other messaging. It’s dead-on accurate, and it’s free.  Safer too.  Not that I would EVER text while driving.