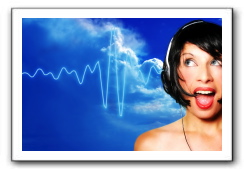 The responses to the question I posed a couple of days ago in ‘VOICE OR TEACH‘ were most edifying.

I thought I had this issue all sussed out, and I wasn’t even close.

The crux of my argument probably came out this way:  “…Don’t you just want to put all your waking energy into getting better VO jobs?…wouldn’t that pay better than putting all your energy into teaching VO?…”

My good friend Chris Wagner tended to agree:
I think it’s easier to teach because there is a pool of readily available students. And the competition is less fierce, whereas the competition for actually doing voice over is much greater by a number of factors.
How do you keep on top of your skills, and still be considered an expert in your field, if you are not actively doing the very stuff that you teach?

VoxMarketising genius Peter O’Connell added this:
The only reason I started up Voice Over Workshop a few years ago was that I decided I was tired of spending so much time on the phone offering free career advice. My time has a value to it and after I sat and did the math (counting on both my fingers AND toes, mind you) I realized that being a nice guy felt good but it didn’t pay good.

Scotland-based voice-acting ace Philip Banks put it succinctly:
The key for a buyer of VO classes is DON’T BE IMPRESSED BY THE PERSON, be impressed by what the person can bring to the party ….YOUR PARTY.

Canadian-based voice actor and coach Deb Munro had the most meaty response.  I’m pasting an excerpt here, but you should really take the time to read her whole comment at the bottom of the article.
MANY of my first workshops were free……as I just wanted to help….it’s a part of my personality.
I am not a coach who couldn’t so they taught….I am just a very honest person who DOESN’T BELIEVE that I own any information and it is all of ours to share. No one has to agree, it’s just how I feel.

I was hoping Bettye Zoller would respond on this topic.  Like Deb, she’s prolific in both ends of the spectrum here.  Bettye responded to me on FaceBook:
It does not have to be either or…some of the greatest musicians and actors in history also have taught future generations their arts and crafts. I adore teaching but own a recording studio as you know and have recording clients, not only my vo work, but my producer functions for others. It’s a wonderful life. Try teaching. You’ll learn so much! I always tell my students they learn, but I learn more!! Teach it and you KNOW it.

Finally, the thoughtful, eloquent, and incisive JS Gilbert offered a full 4-page document on the issue.  JS says he’s got partial laryngitis, and uses the time to get his voice into shape each day to write, and avoid the negative thoughts.  I’m glad he chimed-in on this one.  I’m reprinting his entire treatise below.  Take the time to read it for the great perspective he brings to this question.  Thanks JS!

…and thanks all who contributed their thoughts.

There are many reasons why anybody might want to teach. The adage “those who can do and those who can’t teach” may not be fully false. In many professions, teaching often occurs at the end of one’s useful cycle as a participant. In acting, it has not been atypical to see women enter into teaching as they entered their 50’s or 60’s, where the number of qualified actresses is far in excess of the available parts. Others may want to give back, want a little ego boosting, or look at someone to “carry on the torch” and so on.

The one thing that all of these teachers want, is to fulfill some sort of need that isn’t being met.  The teaching may be face-to-face, via the internet, telephone or via writing a book or guide or in marketing some other sort of service or product.

And while it’s a hard given that most people who embark upon paths to become voice actors are destined to fail, at least financially – those who teach voice acting tend to do quite well.

I would say there are several different types of teachers out there. There are those who don’t really have a clue as to what they are doing, but still forge ahead anyway. There are those that believe good web design and marketing skills along with other razzle dazzle will help establish themselves as pros and get them clients. There are those who through whatever faults haven’t been able to make a decent enough income at acting and who choose to teach instead. Some who have momentarily decided to regroup via teaching and will use teaching as a springboard to credibility and connections and thus get their own acting careers back on track. Some who are just tired of the whole rigmarole and think teaching is a better way to go. Some who simply think that their way is a better way and they teach what others dare to only dream.

Others will teach at night/ weekends and focus on personal acting careers during the day. Others teach only occasionally, and often as guest teachers.

Some practice pay-it-forward. Others like the applause. Most like the money. Almost all rationalize what they do quite well. And most aren’t what anybody would call crooked.

Every industry is full of snake oil salesmen. And most of the introduction to voiceover workshops tend to have a little bit about how some recent student landed a national SAG tv spot and made $30,000 or $40,000 or have some other lure of the untold riches to be found in voiceover as the carrot at the end of the string to get folks to take classes, buy products, attend seminars or otherwise part with their money.

There is a lot of fuel for the fire.  Every time Mrs. Doubtfire is rerun, there are another several thousand people who believe that they are the world’s next great v.o. star. And for some strange reason, while few without proper acting training would think of walking onto the set of CSI Miami and trying out for a part, many seem to think there is very little needed to become an overnight millionaire success in the wonderful field of voiceover.

I suppose then that we should be glad for every time a newbie v.o talent walks into a voice class, even if the training is somewhat circumspect. At least they’ve got some sort of training.

There’s one company that will teach you in a group setting for a couple of days and then afterward produce a demo for you, all for the low, low price of $3,000.  Their site has more wicked spin on it than a Chinese Nationalist has on a ping pong ball. Quite honestly some of the recruiting tactics for a few of these places remind me of what the Church of Scientology uses or a multi-level marketing scheme.

Even those who teach v.o. on a part time basis can make really good dough. I know a teacher, who also produces demos who does this part time and makes over $40,000 per year from teaching and production. What this person fails to mention is that they have never made over $20,000 per year from actually acting, despite their aggressively auditioning for both on-camera and v.o. roles.

Considering the number of classes that some of these v.o. schools offer and one can see that conceivably if a teacher played their cards right, they might be able to develop a business quite capable of grossing over a half million per year, maybe even a million. Even a coach, who now employs internet and phone to allow them to coach worldwide, could rake in over $15,000 per month doing this part time, weekends and evenings.

So, above all else, let’s say that the big reason for teaching is the money. And there’s nothing wrong with that, except that if you have any friends who teach in a regular public school, you’ll realize that they work a lot harder for a lot less.

I can’t entirely blame the teachers though and many people think I’m an idiot for turning down the opportunities I have had to teach. After all, if the lemmings want to jump off the cliff, somebody should be able to sell them that cliff to jump off of.

So, who is at fault? Well, pat of it is with the existing members of the voiceover profession, most of whom severely exaggerate about their incomes as to give the impression that voiceover folks make really good money. What do you call a voiceover guy without a girlfriend? Homeless.   The truth is that relatively few participants of this industry are making above poverty line. Voiceover talent are artists and the word used most before the word artist is “starving”. And given that for a few bucks anybody can make a website look like a fortune 100 company owns it, the myth is perpetrated all over the net. The Facebook updates from the drones who think somehow saying they got this gig or the other is going to get people to think “hmmmm, they’re working 23 hours a day. I should call them now and book that 24th hour before it gets sucked up.”

Some of the fault also lies with people who went ahead and took a workshop or 12 and had the demo made, which was rejected by everyone that got within earshot.  Of the 500 or so people I corresponded with when I came into the v.o. field, a scant 4 or 5 are still around today. A few have websites up or otherwise still have promotions as voice talent, but it’s inactive.

I’ve watched thousands and thousands of people go and take improve and regular acting and voice classes.  But apparently they didn’t pay attention to Dylan Thomas’ words and instead have chosen to go quite gentle into the good night. Whether embarrassed by failure or feeling they were taken or who knows, the bulk of people who have taken voice classes will never have their voices heard on the radio.

Maybe some of the fault lies with the media who loves to print articles and televise the handful of “miracle” v.o. stories From the professional ballerina who crushed her left ankle and is now a voiceover star to the blind girl who made it in v.o. Newspapers, magazines and blogs all the way to local news programs love to parade the guy or gal who does silly voices and banks big buck.

And then there’s the rest of America who wants to be in showbiz and seems to think that the cost of entry to the footlights of fame and fortune in voiceover is a small price to pay.

But with regards to teaching voiceover. Perhaps the simple answer is: Somebody has to do it, it might as well be me.