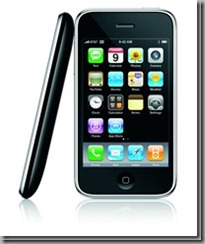 I have an iPhone.

I also have a rant about iPhone…well, actually the rant is about a misguided misnomer that’s gaining momentum in regards to a new iPhone 3GS feature.

LOVE the iPhone!  Love the new 3GS…it comes with a VoiceControl feature that lets you press a button, call out a name, and the phone dials the number. Cool!

It is VoiceControl though, not VoiceOver. (see here, iPhone 3GS feature website) Yet, iPhone’s avid proselytes are consistently referring to it as “VoiceOver”.

Here’s why you should be intolerant of this.  From now on, every time you do a search for voiceover, a keyword selection for voiceover, look up an e-mail reference, or depend on the singular integrity of the word “voiceover” ANYWHERE, it’ll be trashed, sullied, and laden with numerous references to iPhone 3GS.

I’ve already noticed this when I configure my Tweetdeck columns to include the searchword “voiceover” as a topic.  About half of the recent returns for that word refer to iPhone 3GS’s VoiceControl feature…being misnamed as VoiceOver by all its users.

I thought Mac aficionados were supposed to be smart! (ooops…I will pay for that one… but I’m leaving it in the final publish).

My rant is probably worthless in the real world.  The cat is out of the bag, and I don’t think it’ll go back in the bag with the legs it has among users now.