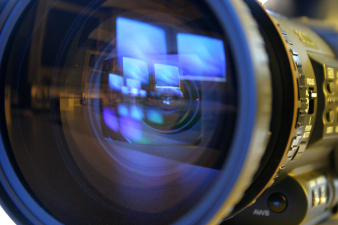 In just the last couple of months, several VO colleagues asked me the same question:  “How do you approach local TV affiliate stations about Promo/News Imaging jobs?”voiceover

Why me?  Well, in case you didn’t know, I’ve been toiling away in CBS, NBC, and ABC affiliated stations since 1979, and I’ve noticed a thing or two along the way.  In fact, now that I’m a voice-actor myself, I realize how cool it is to  be the “voice” of a TV station…to do those news opens, and to be on call every day to cut the latest news promos and more.

Of course, *I* personally can’t do those jobs, because it would be a breach of my news anchor contract.  However, I’ve gotten familiar with decision-making processes at network affiliates,  and below is my answer to those voice-actors who asked me how the system works these days.  Note, this answer is different that the one I would’ve written 5 years ago.

As I’ve mentioned many times on the pages of this blog…things are changing fast in local broadcast TV.  The new reality stands aside from ownership, network affiliation, programming or personnel.  The main disruptor of legacy broadcast paradigms is the internet and social media, and by extension…the ad dollars that are going THERE instead of into broadcast.

I hope you get something out of my explanation below.

Let’s start with the way things used to be: Each station’s promotions director independently chose the voice they wanted. This person might have the title: Production Director, Promotions Mgr., Creative Director, or Commercial Director… and even the News Director at some stations may have that responsibility.

Lord knows how they make their voice choice. They may rely on past relationships, word of mouth – other News Directors/Promotions Directors – agents, casting services, consultants, or their own research.

My guess is the above paradigm is losing traction in the environment of stations being bought-out and belonging to media groups of stations.

Which leads me to my next point: The decision for local TV voices is increasingly being made at a higher corporate level by some station “group” manager…either nationally or according to regions/districts. I’m not sure at all what title that person would have. I would imagine it varies widely according to the company.

Chances are, though, that if you get through to that person, and they like you… you could ostensibly end up as the voice for many stations in their group…which would be nice, but the compensation would be less than the above scenario of finding each station one at a time.

In other words, the corporate person choosing a voice for his group would expect a “volume discount” for choosing you for many of their affiliates.

A final scenario involves allegiances along network lines CBS, NBC, ABC, FOX, etc. The network itself may make suggestions or apply pressure in some way to have their affiliates accept a certain “sound” or voice personality to be consistent with their news product. This would certainly be more true of so-called “O & O’s”….stations that are owned AND operated by the networks themselves…usually the biggest national markets: LA, NYC, SF, Dallas, etc.

How well the big agencies (e.g. ATLAS, VOX, TGMD, etc.) or even news consultants are plugged into this system is a matter of conjecture. I’m sure it has to do with legacy relationships, agreements/contracts already in place, and enterprising people such as you, inserting themselves into the process.

Having worked in affiliate TV News for 35+ years, I can tell you this is the truth as far as I know it. More and more is it becoming a corporate decision by someone who arranges a deal for a “volume discount” to all their member stations.

For a time, as a retired news anchor, I hit this market hard.  I thought I was the perfect choice: established voice actor with a background in news.  Barely got a nibble!  SMH.

Oh, and BTW, once you GET the job, you are on the hook every day, sometimes many times a day.  And by “on the hook”, I mean you’re at their beck ‘n’ call on a rigorous and demanding schedule.  Good luck getting a vacation!