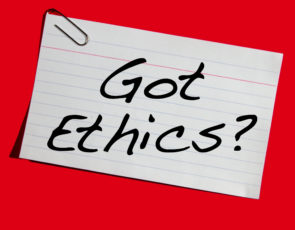 OK, I hear ya, but believe it or not it’s all tied in together, and it’s also best described in the context of community.

Next week at VoiceOver Atlanta, J Michael Collins is moderating a panel on this very topic.  As an intro to the subject matter, he’s posting a series of blog articles where the panelists reply to a few questions.

My Q&A appeared yesterday on his blog, and I’m re-purposing it below, but PUH-LEEZ take the time to read all the other participants’ answers.  Such great thoughts all around from Paul Strikwerda, Bev Standing, Cliff Zellman, and upcoming:  Robert Sciglimpaglia.

JMC:  You are the President of the World Voices Organization. How does that shape your outlook on issues affecting the industry?

CourVO:  That unique vantage point gives me a hopeful outlook. But it also underscores the spectrum of challenges and personalities that make up the Voice Over community. From within our approx. 800 members, there is a profound organization-wide exuberance and quest for excellence that buoys the community at large. Outside WoVO, the lines blur and an everyman-for-himself attitude seems to pervade the viewpoint.

JMC:  As a respected voiceover blogger, what subjects do you find yourself most passionate about?

CourVO: Being a geek, my attention is often skewed towards “shiny new things” like hardware, software, and digital advancements. Those are more of a tangential concern to voice actors, though, so I try to rein it in, and focus on things that I think matter to my readers (and matter to me, too); challenges I encounter on my road to VO success; topics like compensation rates, auditioning, agents, marketing, prospecting, coaching, demos, and the challenges of being a freelance business person.

JMC:  In addition to your many other hats, you are also a bit of a local celebrity as a prominent Las Vegas television news anchor. How has that shaped and informed your voiceover career?

CourVO: In both news broadcasting and voice acting, the talent must use their voice. That’s the only point of intersection. I made the mistake of thinking a segue to VO from TV would be a cinch. It is not. The greatest challenge in the transition is not the talent demands, but the new responsibility of being in charge of my own business. There is also a bias against ex-broadcasters in the land of voice-acting due to the belief that TV/Radio guys are “announcers”. The bias is not without merit, but can be overcome with coaching and persistence.

JMC:  What advice would you offer talent just starting out?

CourVO: Practice due diligence as you would entering into any other career. Research. Ask questions. Find a mentor. Train/practice. Check references.   Buyer beware when it comes to coaches and demo producers. Success in voice-acting generally is a marathon, not a sprint. Don’t give up your day job…yet.

CourVO: The phrase “taking the high road” comes to mind. Most people have a sense of what that means. Humans are imperfect, but when the goal is lofty, the conduct tends to follow. I believe freelance business people especially should espouse actions that are honorable… revealing right intentions, and conscientious outcomes. Also: good or bad behavior doesn’t occur in a vacuum. The ethics question should always be considered in the context of community, but with the grace to know that in grey areas of unclear choices, harsh judgement rarely engenders solutions.