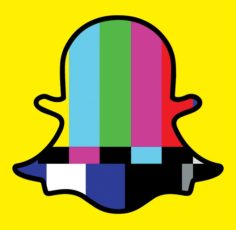 It’s true.  When asked about social media, the most common complaint from voice actors is:  “I just don’t get Twitter”.

Well your worries are over.  Twitter is still there, and it’s still confusing… but there’s a new conundrum in town.

Mighty Facebook – the 800 lb. gorilla in the online space –  is the undisputed king of social media (discounting China). In 2013 FB tried real hard to buy the pretender to the throne for 3 BILLION dollars.  Snapchat refused.

Now Facebook is creating it’s own “Snapchat-like” product, and looking over its shoulder all the while.

That’s right, the crazy app for teens and 20-somethings that features disappearing posts, and has a cult-like following is all grown-up, and catching the eye of marketers, vendors, and salespeople.  Why?  ‘Cause Snapchat is where the numbers are going.

Snapchat users view more than 8 billion photos/videos on the app every day, a figure that puts Snapchat’s engagement on par with Facebook (which has roughly 15 times more users than Snapchat).  (see article here)

Snapchat users spend an astonishing 25-30 minutes per day on the app.  The younger audience that distrusts traditional broadcast media and ad agency buys, finds the app more intimate, something all theirs. And that why marketers are starting to flock to Snapchat.

WHY Snapchat matters to marketing.

I’m just barely getting around to figuring out Instagram.  And LinkedIn — considered the most commonsensical social media platform out there — has become a real challenge lately.

Honestly, I see more and more voice-actors abandoning social media.  Too many trolls.  Too much of a time-suck.  To my point of view, it’s all a transitional juggernaut that is leading to SOMETHING…and it’s gonna be big…but I have no idea what (if anything) it will look like in 15 years.

I find the ride fascinating, though, and I’m in it as a means of hedging my bet that when it all arrives, I’ll be somewhat adept at the finer points.

BTW, on Snapchat, my username is (wait for it) COURVO.  Followers appreciated.

BTW, here’s a recent article I wrote about Snapchat that explains one really valuable reason why you’ll want to use it.  Hint: it has to do with video.