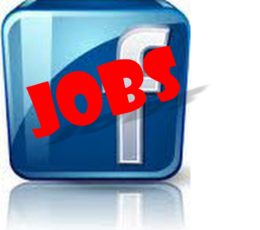 Yes, jobs.  Facebook is now apparently openly challenging LinkedIn, Monster, UpWork, Craigslist and everybody else who is even pretending to be a place to find work.

Because Facebook is the undeniable freakin’ juggernaut of the social media world!!!

No one seems to quite know where Zuckerberg is going with this.  Early critics are not very complimentary, and clearly this is a rudimentary start… but this is how FB does things, and then they watch it grow.

Just go to http://www.facebook.jobs/, and put in your search parameters “where” and “what”, and watch the results roll in.  Oh, and you can filter by country, too.  As of right now, there are over 1700 listings.  ‘Didn’t see any voice acting jobs.  Yet.

Maybe the bigger change at Facebook is more full-featured tools for posting video.  This is an area where they are moving aggressively, trying to convince people that YouTube is not longer the go-to service for video.

For several months, now, FB has been rewarding users for posting native videos to FB first, rather than just linking to them from YouTube.

Now, they’re offering a picture-in-picture function, a video app for TV, a video autoplay feature, and a bigger format for watching vertically-oriented videos on your smartphone.  That last one is gaining momentum elsewhere online…’cause people just. can’t. seem. to remember to turn their phone sideways.

SocialMediaExaminer has the best explanation of the features.

Finally, not Facebook, but certainly an up-and-coming social media platform that keeps gaining traction despite the fact that no one over the age of 32 gets it:  SnapChat is now selling the same kind of spectacles that record video that Google glass tried to be months and months ago.

Why should you care?  Look…the future comes at us in spoonfuls.  You can skip this one or that one, but sooner or later, you look around and realize your soup bowl is empty and you’re still hungry.  Ya gotta keep up with this stuff incrementally.  Some of it’s gonna pan out, and others will fall flat. But lately there’s been an explosion of device, software, and social media innovation, frankly, I find it fascinating.

If you don’t… that’s fine.  Just come back here for the updates from time to time!