My Most Surprising Excellent Start to the New Year 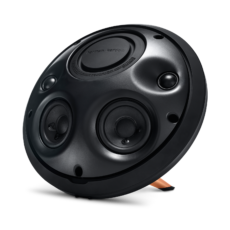 Sunday I was down.  I dislike January, and the start to any new year.  As I’ve explained before, that “fresh slate” doesn’t motivate me, it only reminds me of all that remained undone from the year before, and that ALSO does not motivate me.  Goal-setting has proven not to be a valuable concept in my understanding of the world…so the whole thing about New Year’s Resolutions is a further frustration this time of year.  Yuck!

His advertising firm was representing some of the interests of Harman Kardon at the huge conference.  Yes, THAT Harman Kardon; the well-known manufacturer of hi-fidelity home and car audio equipment.  The VR presentation they came to the conference with included an audio track that had a horrible mis-pronunciation of the name of the company.  Unacceptable really.  Not sure how anyone could’ve gotten that wrong…but it needed to be fixed…NOW…like, within hours.

I suppose it’s a testament of the work to raise my profile on the internet, that Oliver Google’d Las Vegas voice actors and found CourVO.  He called.  Luckily, he spoke excellent English, and could I help them out of a fix?

Yes, as a matter of fact, THIS assignment is highly preferable to sitting on my New Year’s pity-pot.  WORK I understand.

He sent the script, the video with the horrible pronunciation, and asked for a couple of takes.  He also wondered if I could please transcribe the script FROM the video, because he didn’t have that script.

An hour later, he had my fresh takes (with the right pronunciation), the new script, and my promise to sit tight until the bosses in a time zone 8 hours away would lend approval.  Done.

His only question to me was:  could he pay me in cash?  I told him I’d wait until I knew he was satisfied.  They were.

Tonight, with fresh dollar bills in my hand, and some exuberant, grateful, and satisfied customers, I now have a new friend at a big advertising firm in Munchen, Germany.