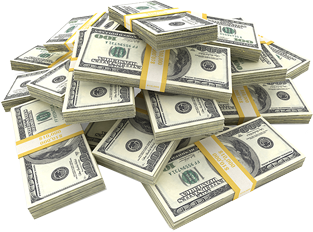 But what if you knew for a fact that the $1500 voiceover job being posted was for:

In other words, what if you knew that recording the spot was actually worth much more than the rate quoted when you consider the following?

Nobody wants to get “taken”.  So in light of all those factors, would you still be willing to do the VO job for $1500?

I’ll agree.  It’s tempting.  $1500 for a half-hour’s work in the studio looks pretty good.  But considering that any respectable rate sheet has this priced at $25,000 or more (depending on how you figure it)…why not hold out for the best compensation?

Why?  Because while you’re dithering with the agent or the client…they’ve gone and found someone to do it for $1500.  Because someone doesn’t care about VO as a career, and is taking the low-hanging fruit.  Because someone desperately needs to pay the bills.  Because someone doesn’t see that they’re ruining compensation expectations for  themselves and all the rest of us; doing harm to the VO business.  Because the union apparently doesn’t really take notice of the plight of voice-actors (beyond LA, maybe).  Because industry rates have been disrupted by digital and internet forces, and clients are taking advantage of the confusion.  Because it’s a global economy more than ever, and capitalism rules.  Because unscrupulous “coaches” are telling their students they should accept anything just to “get a start”.

I could go on.

Wanna know where this all ends?

In my mailbox on Monday from a Google alert for the keyword “VoiceOver”:

Need voice over work asap.  If you can come in today that is great.  Pay is $25/hr, estimating 3 hours.  Please send any samples and availability.

I don’t know about you, but my time is worth more than that.

Good, honorable clients/producers/advertisers/voice-seekers ARE OUT THERE, who understand what they’re paying for.  They’re paying for a partner.  An ethical businessperson.  A proven, reliable performer.  Someone who respects their craft, and the culture it comes from.  A professional who truly understands their worth.  Someone with enough chutzpah and self-respect to say “no” when they see an insulting rate, and exploitative business practices, pitting voice actors against each other in a bidding war..

Decide carefully.  You don’t work in a vacuum.