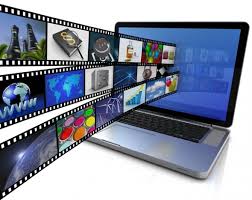 Blab, the wildly popular (for a while) online site allowing community live streaming, ended its grand experiment last week.  All the signs were there, and its developers/founders offer an involved explanation for its demise on Medium.  The owners swear they will take what they’ve learned, and will be back with something even better.

Then, almighty Google announced that Google Hangouts will (mostly) go away September 12th.  Google is well known for exuberant startups with great fanfare, and then eliminating them when they fail (Wave, Buzz, Reader, Glass, etc).  Some might count that as a strength, to be able to cut your losses when a failure is obvious.

THE VERGE article on Google Hangouts being killed off

The surprise here, is that Google pushed Hangouts HARD.  Real hard.  A couple of years ago, they were so anxious to make this a new tool for journalists, that they assigned a Google customer service rep to our TV station, as sort of an “on-call consultant”.

What is NOT a surprise is that Google would eventually figure out they had competing platforms in Hangouts and YouTube. Guess which won out?

But on a higher level…these promising platforms are both victims of the high-stakes future of online video.  8 years ago, we all wanted it; ‘could see it coming…but the infrastructure, the speed, the algorithms, the storage capacity wasn’t there.  Smartphones didn’t demand or deliver on the promise of video either.

All that has changed.

Meerkat, then Periscope stole the show with live streaming from anywhere, anytime, and the product was actually pretty good, the process dead  simple.

But then the 800lb gorilla on the scene got involved:  FaceBook.

Not only did they begin to reward people who posted native FB video, but when they launched LiveStream video, it took off like a rocket.  Some might say FB doesn’t even quite know how to handle the ethics of a tool such as this (Minneapolis live streaming of a motorist police shooting).

No wonder Google is moving quickly to shore up the only product on the market that even has a chance of countering the popularity of Facebook LiveStream.

Not that there aren’t other successful online video programs still solidly stealing niche customers in this space.  Almost everyone I know has gone to the Zoom.us platform rather than GoToMeeting or Skype for their online meetings, webinars, and collaboration.

Instagram, and Snapchat  and Vine still dominate the short-vignette smartphone video market.  But even there, FaceBook Messenger is getting aggressive.

Yes, Blab may come back, and YouTube Live may rise-up and get the win in a UFC smack-down with Facebook on the world stage.  On the other hand, yet another player might come down the pike and blow us all away with 3-D video, or smell-o-vision.  And let’s not forget Virtual Reality or augmented virtual reality (Pokemon Go) to be the dark horse.

But for now Facebook LiveStream and Google YouTube Live are the Rockefeller and JP Morgan of this new frontier.

What does this mean for the voice-actor?  No question: more opportunities for our voices to be needed.  But along with that a wild West of compensation schemes.  Fiverr, O-desk, and Thumbtack, etc. are all part of that.  Would you rather start low and try to convince a client that you’re eventually worth more?…or make the case for a decent rate — aiming for the top to begin with?