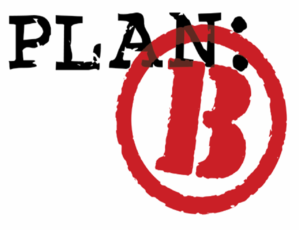 Terrorism will not have its way with me.  I’ll not deviate from my life of freedom in the good ole US of A because of suicide bombers.  In other words, I choose not to live in terror.  But I DO have a Plan “B”.

When voters in Britain decided to leave the EU, markets collapsed.  Shooters claim lives in Orlando, Minneapolis, Dallas, Riverside, Baton Rouge…and a critical country at the crossroads of the world suffers an almost-coup.  With each event, a little bit of our confidence in stability erodes.  Economies are global, skittish, and fragile.  That’s why I have a Plan “B”.

Las Vegas has been on edge since 9-11.  ‘Turns out that a good many of the suicidal members of the cabal that downed the Twin Towers partied hearty here before crashing to their death.  Vegas is on everyone’s tourist bucket list.  In one year, we see upwards of 42-million international visitors…and then there’s that whole infidel, sin-city, heathen thing that seems to drive certain radical factions crazy.  Doomsayers believe it’s only a matter of time before a lone-wolf detonates a dirty-bomb on the strip.  Reason enough for me to have a Plan “B”.

Voice-acting is NOT…nor has it ever been among the professions that provides a steady rock-solid lucrative income (for 93% of us anyway).  Any appearance of a disruption in the business-as-usual marketplace throws confidence into a tailspin.  A happy-go-lucky society withdraws.  Uncertain clients don’t know where to place advertising money…if at all.  ‘Got a Plan “B”?

Think it can’t happen to you…or where you live?  Voiceover friends in Turkey confirm that work has dropped-off precipitously in just a couple of days.  A free-market system does not function when buyers and sellers are not assured there IS a free market.  People there are being forced into Plan “B” without preparation.

Granted, this is a bit of a pessimistic picture I paint.   The United States is perhaps one of the…if not THE most stable economy in the world right now.  Most of us go about our lives and not worry that the bottom will drop out.  It probably won’t.   So now is the time to formulate Plan “B”.  While you have time.

What would Plan “B” look like?  Does it mean buying gold?  (a friend has always jokingly noted that in the event of a total breakdown in society, a boxful of Bic lighters would be worth a lot more than ingots of gold).  Does it mean giving up on the speculative and risky nature of voice-acting, and  taking the job downtown as an accountant instead?  Should you fill the freezer?…prepare survivalist backpacks?

I can’t answer what Plan “B” will look like for you and your family.  I only know it’s worthy of consideration.  Am I being reactionary?  Maybe.  Prepared?  I’d like to think so.  Is this a viewpoint to consider?