One Year of WoVO Rates Roundtables! 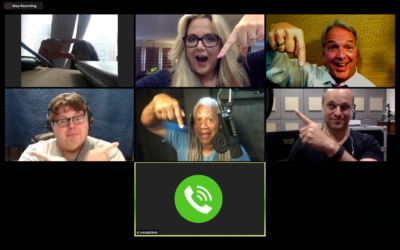 At first, we weren’t sure it would take hold…now, we think maybe it’s among the best of our outreach efforts.

World-Voices Organization launched the first R.A.D.A.R. Rates Roundtable in July of 2015.  We’ve been trying to keep the pace of producing one hour-long panel discussion each month.  In the last year, I think we’ve done 11 sessions…so not bad.

Our intent from the start was to keep the voiceover community educated and aware about the constant and changing challenges in the area of fair compensation.  The need for more awareness was sparked by a growing spate of digital distribution and production streams for which there was little information on what to charge (hence the name: Rates and Digital Ad Reform). Each session touched on a different theme within the realm of VO rates:  eLearning, International, audiobooks, agents, gaming, and more.

The newest video shown below covers the special relationship that SAG-AFTRA has with the VO community, producers, clients, and agents in booking talent at scale.  Our guests are:

Because of their expertise in the area of gaming voices, Brad Venable, Zach Hanks, and Dave Fennoy hold court on the current state of affairs in this area…including the two biggest challenges right now: residuals, and protection for vocal cord over-use.

But even for those of you not in gaming voices, there is a ton of other information in this hour-long session, especially as it regards CONVERTING jobs that one would think are typically non-union, into a job that will contribute to the union pension and benefits plan.  Tom Allamon and Melissa Exelberth give this a thorough treatment.  And there’s more…much more.

I hope you get a lot out of this online panel… all of us who participated agreed that we learned something…and we’re grateful for them, and ALL of our guest experts in the last year who have contributed to the strength of the dialogue in these Rates Roundtables.

Thanks to all who support WoVO!