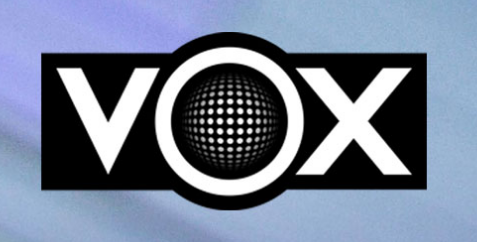 The organizers have been in touch about spreading the word, and I promised them to post the Q & A they participated in when I had questions about the event.  You can find that below.  Also here is a document explaining VOX’s genesis.

It’s great to see so many of these conferences uplifting our community.  Just last week, FaffCon-8 opened-up registrations, and it was sold-out within minutes.  As far as I can tell, there have already been what?…five sizeable voiceover conferences so far in the first half of 2016.

WoVO is a sponsor of VOX, and many of our members will be in attendance.  Such support is an effort by World-Voices Organization to continue to expand our global role as an industry trade association for voice actors everywhere.  We hope their event is a smashing success!

Here’s some info on VOX:

1)    What is the target population of expected attendees ata VOX? (To whom are you marketing?)

We are aiming the event at voiceovers and audio professionals, including creatives from commercial producer, writers and agents.

2)    What’s the structure of the event?  Seminars? Networking? Socializing?  Organizing?

A day and evening packed full of talks, networking, opportunities to try and test new products, Awards and entertainment and of course lots of food and drink included.

3)    Who is the organizing force behind VOX?

As many as possible!

5)    Does the voiceover community in the UK regard VOX as THE big VO conference of the year? (Or at least is that your hope?)

It is the first and original.

We think through the heritage of the event, people see VOX as the biggest event of its kind in the UK and where the professionals attend. It began mainly for the radio market, but in recent years expanded to open itself into the corporate, TV broadcast, telephony, animation and gaming sectors.

It has always been located in the middle of the UK to cover all areas, but this year we have decided to go on a road trip further up north to Manchester, which is a great media hub and easily accessible to all UK and international attendees. Next year it will be in London.

6)    How many awards categories do you have?

There are 10 categories, representing all areas of the voiceover market. This year we have a special award, which is the only award voted by the public and celebrates producers in our industry. It is in honour of the late voice veteran Phil Sayer who sadly passed away this year through cancer.

This years judges comprises of a cross section of audio industry professionals including voice agents, producers and executives. We have a strong team of 7 judging this year which is a change from previous process where judging was done publicly online. The Producer of the Year Award remains a public vote and is open until 17th June.

8)    Can attendees meet producers/agents/clients/voice-seekers at this event?

We have a number of producers actively seeking new voices at the event this year and there will be plenty of opportunities to network with a number of different industry professionals. It’s a great opportunity to meet up with everyone, network, learn and of course have fun!

Yes we have a number of attendees from other countries, as well as speakers. Last year we had Nancy Wolfson and Marc Graue present at the conference as well as Anne Ganguzza and Source Elements who presented over live links from California & Canada

VOX has been going for nearly 20 years and is the only UK conference for voiceovers and audio professionals. Many people work internationally and it’s a great platform to bring countries, voices, new ideas and audio creatives together. It’s also great to see how the UK markets can be very different to the American, European and other markets along with the similarities of course.
It’s also not just about the voice its also about the business and how to best achieve success in an ever growing and saturated market.
The voice industry has changed a lot in the last 5 years and it’s about embracing these changes and working together to keep standards at a high and professional level. VOX as it says on the tin is about ‘promoting audio excellence’.