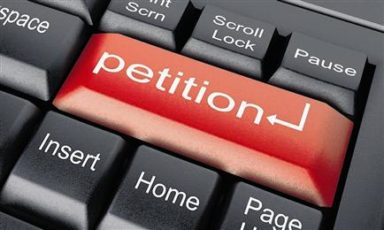 How do you think you’d feel if, after landing a major voice-over role, thousands of fans demanded you be removed as the voice of the character you were hired for — in an online petition?

Any more, online petitions seem to carry a lot of weight, but it’s perplexing to me as to why. The whole concept behind a petition is for people to have to PHYSICALLY put their signature to a piece of paper, along with their legal address.  Those entries should then be cross-referenced and confirmed for validity.

Online petitions — most popularly through the site Change.org — offer many advantages, but listed among them are NOT voting veracity through any sort of vetting process.  I don’t see anywhere in Change.org’s Terms of Service any rules that would prevent anyone from signing on as many times as they want with as many email addresses as they have and voting time and again?  Nor does it offer any protocols for confirming/validating signatures.

The above scenario I mentioned of recalling a voice actor is not only happening, but might even result in someone being fired.  Russian citizens, particularly, are up in arms with apparent weak-kneed voice chosen for the character of Spiderman in Captain America – Civil War…Russian-dubbed version.  His critics say Vlaldimir Kanukhin sounds like a 10-yr-old, and the voice isn’t appropriate to the chutzpah of the character.

Now, there’s a change.org petition out there seeking to have Kanukhin replaced for future Marvel releases.  Ouch!  They really know how to hurt a guy!

Just imagine if enough people signed a petition that they were growing tired of hearing Hank Azaria on the Simpsons, or didn’t like Laura Bailey as Jaina Proudmoore in ‘World of WarCraft’ …or even Scott Brick as the narrator of “The Last Tribe”?

I’m not saying it’s gonna happen, but then again, I never thought there would be a world without Pontiacs, either.

We live in changing times folks.  How agile are you?

more links on the Russian recall: