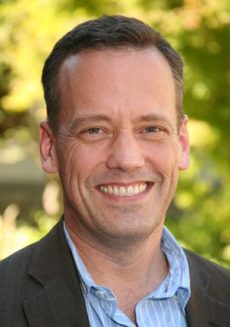 Just when I think I’ve got a bead on the people who make up this voice over community, I find out I really know nothing.

I mean, I’ve been to umpteen VO conferences, I write a widely-read VO blog, I administer some social media VO forums, I’m the president of World-Voices, I wrote a popular book about VO, and I always return calls ‘n’ emails.  I’ve been immersed in this community as a voice talent for about 10 years, and like I said, sometimes I feel like I’m starting to figure out who are the movers and shakers in this business… but then something humbles me.

And it’s no wonder.  No one really has a clear idea just how many people — from one month to the next — call themselves voice-actors.  And, as I say, there are those who CALL themselves voice actors, versus those who are actually working and making money (full or part-time) in this business.

If you had to put a ballpark figure to it..what would you say?  In the USA alone, probably 5,000 working voice actors?  Fewer?  More?

Let’s say it’s a conservative 3,000.  Could I really be expected to know all of them?  No.  All I know are those who are gregarious enough to be in online groups, and go to conferences.  In NYC and LA alone, there are scads of voice-actors who do neither, and are probably the most successful voice actors of us all.  Never mind those tucked away in Calgary, Omaha, and Paducah.

So little wonder when my friend Doug Turkel posted a link on FaceBook to an incredible resource for prospective (hopeful) VO talents, I had never heard of the gentleman who authored it.  Maybe you have:  Dee Bradley Baker.  The site is I WANT TO BE A VOICE ACTOR.COM.  Should I feel stupid for not knowing who Dee Bradley Baker is?  Apparently so.  He’s quite accomplished.

Holy Buckets! This is the ultimate authoritative site to which you should refer ALL people who approach you about wanting to be a VO from now on.

Mr. Baker, it turns out is one of those uber-successful LA-based voice actors I’ve never heard of.  Not any more!  I don’t know how long he worked on this site, but it’s nothing short of awesome.  Bookmark it.  Link to it.  Tell people to read it when they approach you with that line we’ve all heard a million times:  “…everybody says I have a great voice…”.

Honorable mention to a related resource from someone I DO know:  Peter O’Connell’s Voice Over Entrance Exam.

…and thank you Doug Turkel (a walking encyclopedia himself) for pointing me to the most erudite VO author I never knew about!