How Microsoft Buying LinkedIn Will Affect Your VO Marketing Plans 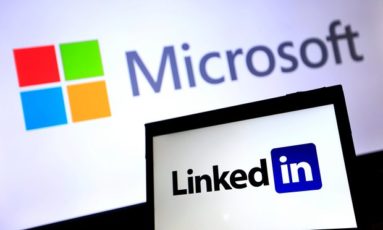 In the short term…not at all.

I mean, to the extent that LinkedIn actually DOES help in your marketing plans… that’s not likely to change right away.

I used to be one of the big apostles for using LinkedIn to help with background research on targeting client prospects.  I still find it useful, but let’s face it…somewhere in the last couple of years LI went off the rails.

It got too concerned about its stock price, and it’s membership numbers.  It lost its way…its mandate…its value to its  members.  The acquisitions it made (SlideShare, Pulse) were questionable to their overall goals. What were their goals?  What did LinkedIn want to be?  The tinkering and tweaking of it’s interface became almost a daily joke.

The fact that Microsoft spent over $26 Billion on acquiring LinkedIn says a lot about:

Microsoft has had big failures and big successes in the past with buyouts.  Skype is on the plus side.  Nokia on the minus side.  There are many more examples, but let’s look at the nature of this buy:  social media and networking.

None of the big players at MS’s level have had ANY success in Social Media.  Apple hasn’t even tried, and everything Google did in this realm failed miserably (G+ jury still out – but expectations are vastly diminished).

So, why?  Why would the guys in Redmond even CONSIDER buying a fledgling albeit ponderous social media platform?…and what do they plan to do with it?

Well, the critics are in, and the guesses are all over the place:

The conjectures and predictions run all over the map.  Microsoft big-wigs themselves may not have thought this out very well, but figured they needed to spend their cash hoards on something that had a high profile.

Some top tech sites weigh in on the merger:

So keep on using LinkedIn for all the things it’s still well-known for:  helping fill in the gaps on your knowledge of potential clients and partners, but expect to see Microsoft begin to tinker with their new-found toy by the end of the year.