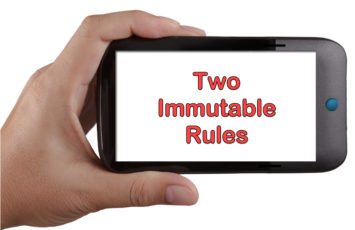 Tumblr sent me an email Thursday that had me asking: “Why did you wait so long?”.

Their big announcement was that they’re jumping on the live streaming video bandwagon (along with FaceBook, YouTube, Periscope, etc).

Read about it on the Simple Measured Blog and  on the Tumblr blog.

Regardless, this development may infuse new energy into the platform, and underscores the first of my 2 immutable social media rules:  Video (and picture) content is practically mandatory now.

It’s no big surprise I would say this.  I’ve made the point many times on this blog in an effort to get VOICE people (used to receding in the background — “have a face for radio”) to be VISUAL in marketing and building their profile.

I understand the reluctance.  I make my living in front of a camera, and I still find myself excusing away the first of my 2 immutable social media rules by claiming:  “…what would I take a picture or video of?…my life is pretty routine and boring…who would care to watch…?”

I totally agree, but that sure doesn’t seem to keep about 100-million millenials from doing it every day all day.  So do it.  People are generally mesmerized by what we do in front of the microphone.  So set up a camera and shoot it.

Immutable Social Media #2 (today).  Attention spans are down to nothing.  This blog is already too long.  People still read books?…magazine articles?  Amazing!  Maybe the 35+ set does, but I’ll bet younger gens struggle to maintain focus much past the first two paragraphs.  I’m generalizing, but seriously…check your own attention span.  Twitter, texting, and Instagram has ruined us…and our own impatience has sealed the deal.

The lesson here:  Keep your message short and to the point.  People don’t even want to have to scroll down anymore.  It should all be “above the fold”.  The pace of our own culture nearly demands allegiance to this rule.  Sure there are downsides, but that hasn’t stopped this trend from taking a strong root in popular media.