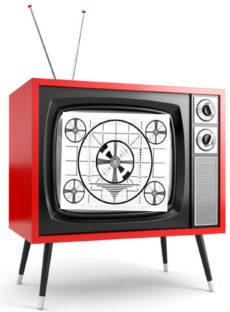 Oh man…this is gonna happen to you sooner or later, and after you say it, you’ll get this strange look on your face, and go “Did I just say that?”

It goes like this:
You’re about to remind some millenial or X-Gen person that life “before” was better, and you’ll hear yourself say:  “….well, I can remember when…”

The minute you start wistfully reminiscing about stuff you did 10, 20 years ago…it’s too late.  You’ve already passed into never-never land.

Last night I was watching the 60 Minutes Special on Morley Safer — now retiring at age 85 from an incredibly distinguished broadcast journalism career at CBS for 46 years.  The retrospective was a flashback of my life, too.  Ike, Vietnam, Civil Rights, Walter Cronkite, the Iron Curtain…

Although Safer has 21 years on me, and resided at the hallowed halls of the network most of his career…I was nearly brought to tears over the remembrances of TV news in its heyday.  I was there too.  I’ve been “on TV” since 1980. Radio before that.

As a news anchor at a local CBS affiliate, I have no illusions the future will be ANYTHING like TV’s past.  It’s already changed mightily.

Because of that, voice-over opportunities are morphing, too.

A VO friend approached me the other day to help him pinpoint a target for pitching his Affiliate TV News Promo demo.  Hey!…THAT I know…I just can’t market to that target myself, ’cause it’s a conflict of interest with my current contract.

My reply was long, and mentioned a 3-pronged approach, but here’s the short version:  These decisions are now mostly made by corporate officers who often have no ear for such things (talent), but DO pay close attention to budgets.

Used to be (see? there I go again!), choosing the voice for your affiliate daily promotional and news imaging spots was done by a person AT THAT STATION.  Usually a news or promo director.  That’s disappearing quickly.

The company I work for owns 170+ local TV stations.  You think they aren’t going to take advantage of the economies of scale?  Our promo voice is chosen for us by someone who probably got a “volume” deal from the voice actor we now use.

I’m not passing judgement on this trend.  I can’t imagine what it takes to run a profitable local TV station these days with Social Media nipping at your heels.

I’m just saying — as I’ve said many times before on the pages of this blog — the today’s transformation of broadcast radio and TV is affecting some of the heretofore best-paying jobs in voice-over land.  You adapt…or disappear.  You’re agile, or you fall.

Why, I can remember when we used to use real vinyl records on felt turntables to play music on the radio…!!!