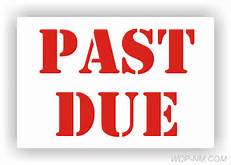 When someone doesn’t pay…what CAN you really do?

That about exhausts my knowledge on the matter.

Thankfully, it almost never comes up.  Three times it’s happened to me in 8 years.  Twice with USA-based producers, and once from an outfit in India.

On one of the USA-based producers, the party in question came through — and then some — almost three years later, with profound apologies.  We’re now on good terms again.

The other USA-based producer had used my voice numerous times, but on one occasion he neglected to pay when HIS end-client reneged, and so he defaulted on me too.  So, not only did I lose the compensation, but now he’s not calling ever again.

The company from India presents the biggest disappointment.  They would come to me with 5 or 10-word assignments, and want to pay  me 10-cents per word.  I said “no” to them a lot.  But once in a while, they would come through with good-paying legitimate eLearning courses from their translation services, and were not only polite, but fairly prompt in paying.  In fact, they had come to the point of transferring payments directly to my bank account, so there was little lag-time, and no onerous PayPal fees.

I’m going to name the company in question, and suggest you not use them…’cause they still owe me $400+ from over a year ago.  Instead of the usual painless bank transfer, they asked for the following out of nowhere:

They might as well have asked I provide them with the original Egyptian Hieroglyphics from King Tut’s Tomb.

Then they made some apologies about their offices being flooded in a flood. I found out their service WAS located on the East Coast of India.  I waited some more.  I sent and re-sent the invoice.  Finally they stopped corresponding with me, and now I’ve lost that client too.  I mean…what am I going to do?…hire a legal team in India?  Claim international fraud?  I have no practical recourse.

Despite encouragement from others in our business, I NEVER use a contract to “seal the deal” unless the client insists.  99% of the time the verbal or email agreement works just fine.  This time it didn’t.