The Most Amazing Thing I Heard at WoVOCon III 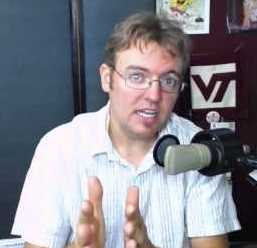 …and it came from none other than George Whittam.  Actually, that makes perfect sense now that I think about it.  George understands the technical aspect of private studio recording probably better than anyone else on the planet.

In fact, this week, George is staying over in Las Vegas after WoVOCon to make a presentation at the huge NAB convention (Nat’l Assoc. of Broadcasters).  His session is called:  Efficient Small-space Acoustic Design for Voiceover. Sounds like something right up his alley, ’cause IT IS!

All the more reason I was surprised that the most amazing thing I heard at WoVOCon III came from his lips.  It happened during the session being conducted by George, Dan Lenard, and Cliff Zellman…three of the smartest guys in audio engineering you’ll find anywhere.

Those three were explaining the ins and outs of passing WoVO’s Studio Approval exam.  The conversation ranged far and wide into some off the more arcane aspects of soundwaves, mic polarity patterns, and acceptable noise floors.  Of course, the talk also drifted into the realm of recording booths…after all, this is the one area most misunderstood by voice talent.  Lenard, Whittam, and Zellman went out of their way to underscore that the recording environment is the ONE THING that can effect the sound of your auditions more than any one other aspect of your studio — in a good way AND a bad way.

Audience questions arose about the wisdom of spending thousands on a pre-fabricated double-walled recording booth vs. 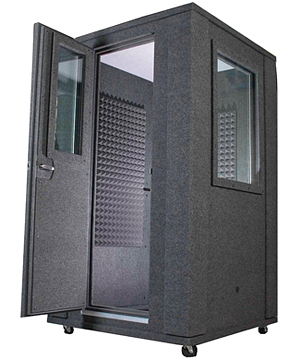 blankets and quilts hung from a jury-rigged frame made out of PVC pipe.

…and then it came.

George said:  “Almost without exception, people who move to an expensive Whisper-Room-type booth find that their “sound” gets worse.”  (paraphrased)

Then he said it again, as if maybe we didn’t hear, or he misspoke or something.

George was visibly tired, and he didn’t expound on his statement much, but I’m fairly sure that his comments meant one of a couple of things:

These three experts (and Uncle Roy Yokelson) especially are on the vanguard of understanding the needs of individual voice actors in the new internet era.  Those needs are NOT the same as the professional recording studio where so many voice actors of yesteryear physically traveled to to record their auditions.

Today’s private home studios are smaller, self-constructed, of non-standard design, and often packed with equipment.  Some mics work well in a tight space, others don’t…all reason for having an audio consultant inspect your studio specifically for it’s unique parameters.

I know, I know…it seems that wherever you find a real serious, seasoned professional voice actor, you find a recording BOOTH.  But then when they go on the road…what do they use?…a pillow fort.